We left Lake Como only to find another beautiful lake closeby.  Lake Lugano, runs across both Italy and Switzerland.  With it’s emerald green waters it is equally as beautiful in terms of natural surroundings as Lake Como, but without the fanfare.

In 36 kilometres from Dongo, we were at the Swiss border.  Customs officials awaited us here and asked whether we had anything to declare on board.  It’s been such a long time since we’ve seen anyone at a European border crossing that we almost didn’t know what to say.  He waved us on and we parked up just on the side of the highway so that we could get out and buy the Swiss motorway vignette that is mandatory for driving on all Swiss motorways.  It costs SFR40.

We’d changed some Euros over to Swiss Francs the day before as we knew we would have to buy this at the border and we weren’t sure if they would accept cards.  I think it was the first time in nearly 20 years that I have actually gone to a bank to change money over. In the end, the kiosk at the border also accepted payments in Euros also.

Buying this vignette almost made me shudder  as I  remembered back to another motorhome trip in 2005.  We were travelling with my parents and we had been in Italy and wanted to get through Switzerland and back into France.  We went through the Mont Blanc tunnel and came out the other side a lot poorer.  It was about SFR40 for the Mont Blanc tunnel fee and SFR40 for the motorway vignette.  We were only in Geneva for one day and one night.  The Swiss government made a good profit out of us that year.  It seems the vignette price has held fairly well over the years although I read recently that they are planning on doubling, even tripling it by 2016 to ensure the government has enough money in the infrastructure piggy bank.  No doubt that will cause a bit of heartburn amongst the Swiss residents.  A bonus for visitors like us however is that they are planning on introducing short stay vignettes.

As is typical, and necessary in these countries that are covered in mountain ranges, tunnels are built everywhere to make travel efficient and at times, possible.

We didn’t stop in Lugano.  Apart from the part of the town that sat around the lake, the remainder of it looked like a regular modern city.

We were now firmly ensconced in alpine scenery, and the trees are definitely starting to change their colour.  Waterfalls started appearing on the sides of mountains. Rolling hills covered in bright green grass makes us feel like we just want to go and roll in it.  If the temperature hadn’t dropped to 10 degrees so quickly we might have tried it!

We went through the San Gottard Tunnel, around 17 km in length.  When you start getting countdown signs in the tunnel from 14km you know you are in a large one!

We make our way to Lucerne, another major town on a lake.  Everything is so beautiful when it’s on a lake.  Lucerne doesn’t break the mold.  It’s fast and free flowing.  Bicycles are everywhere.  And, I mean everywhere.  But, as we are starting to see more and more, these European countries and cities support bicycle riding by having a workable, efficient and safe infrastructure model that integrates them seamlessly with vehicles.  As a result, they are well used, and there is mutual respect on the roads for both riders and drivers.  It has been such a terrific experience being able to ride the bikes in some amazing cities.  For someone like me who doesn’t ride much anymore, I’ve never felt unsafe riding here.

Tonight we are staying at “Camping International Lido Luzern” about 3km from the main part of Lucerne.

We quickly park up and jump on the bikes to get into the city.  It’s reasonably late in the afternoon so we plan to just spend a few hours here.  The part of the city around the canal/lake is beautiful.  The buildings that line the water really turn these towns from ordinary to extraordinary.  We park the bikes, but I just hope we can remember where we locked it up when it comes time to leave.

The afternoon has brought the sun with it and hordes of people are sitting out the front of all the restaurants and bars drinking their beer.  Everyone has got their coats off and are sitting back soaking up the rays as though it might be the last they see of these for a while.  As we drink our own beers, we noticed, in a sea of hundreds that we are the only ones wearing sunglasses.  We don’t go anywhere without ours, but it’s obviously not a common thing over here.

We enjoy a great conversation with our waitress who is a German living in Switzerland.  This country is a real melting pot of Europeans from different backgrounds and they speak a language I am struggling with.  Having been in France and Italy now for the best part of two or so weeks, my brain is having trouble dealing with another one.  It’s also a language that has a different dialect, so I can’t always even pick up the words to try and copy them.

Looks like the Swiss that I come in contact with are going to get a mix of my French and Italian words, and a couple of German ones thrown in there.

Despite the crowds on the water, there are definitely less people around today as it is a public holiday.  All of the usual shops in the city are closed.  Except for one area.  The part of the city that is packed with wall to wall Swiss watch shops are all open and doing a huge trade.  Busloads of Asian tourists have flooded this area and the stores, in search of a bargain Swiss watch.  Security guards stand at the doors of the major players like Rolex, allowing only a certain number of people in at a time. It’s a frenetic scene to watch.  I think of my brother-in-law who has a love of watches and know that he would be in his own heaven right about now. 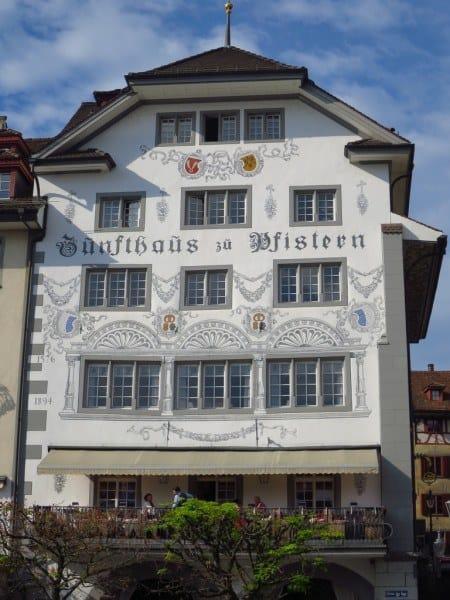 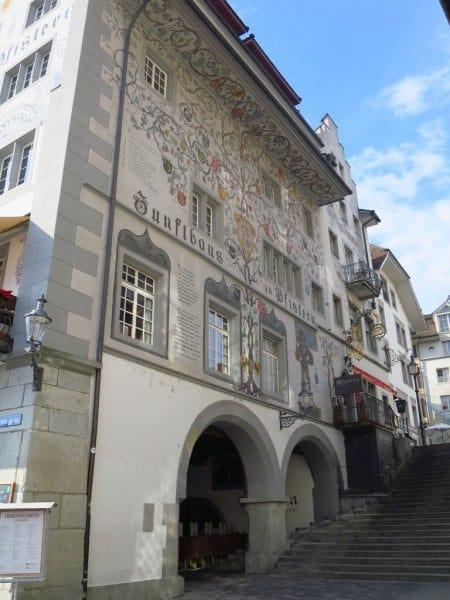 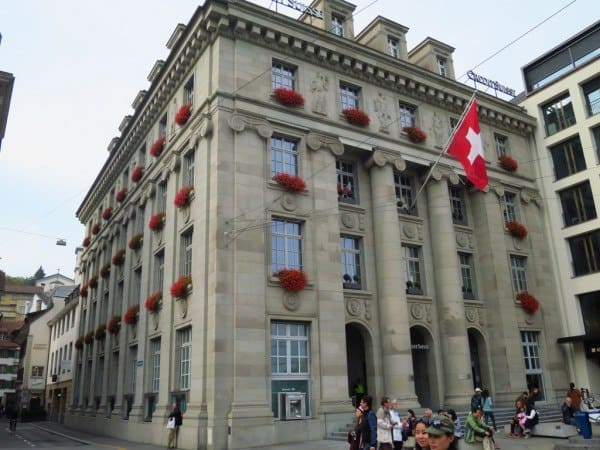 Up on the hill the Meggenhorn Castle overlooks the city.  It’s closed today though due to the holiday,

The Kapellbrücke, a 14th century, is the covered wooden footbridge which spans across the Reuss River in Lucerne.  Unfortunately, it too is a little out of action today, as it is undergoing restoration.  We could walk a little way along it before having to turn back. 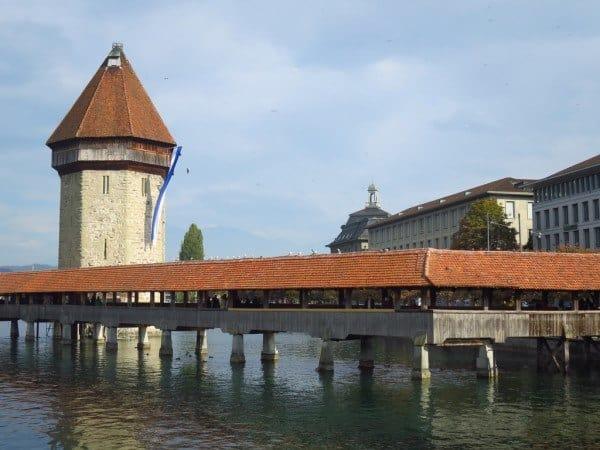 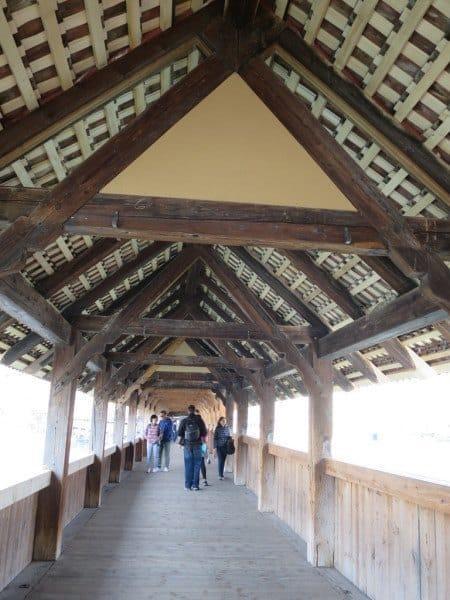 We contemplate eating dinner in the city but a couple of things persuade us to go back to the motorhome.  Firstly, the food seems a little heavy for us to be eating now, I’d like to spend a little more time exploring this first.  I would like to try the fondue, but I’ve been eating so much cheese that I really think this is pushing the envelope just a bit.  I don’t need to eat SFR25 of melted cheese, of that I am sure. The weather has also turned suddenly colder (hence why they were all enjoying the sunshine earlier), and we can’t have a few drinks and then ride our bikes back.

The wonder that is Europe.  Being able to cross borders so easily and so quickly.

Getting a snapshot of Switzerland again.  Haven’t been here since 2005. 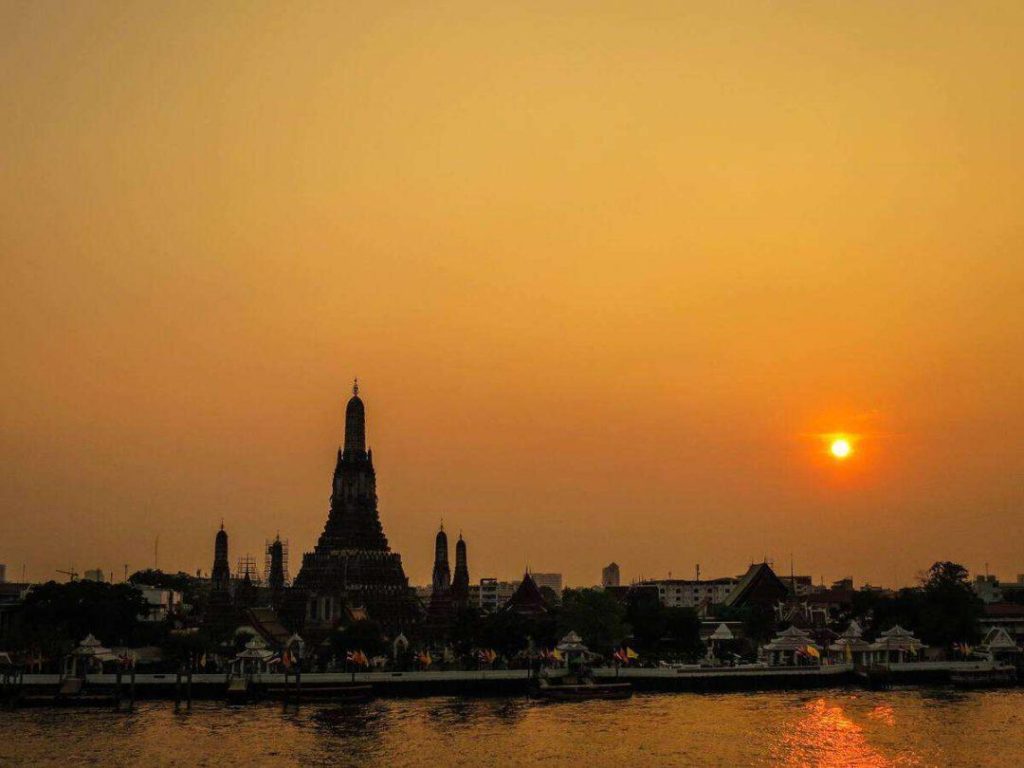 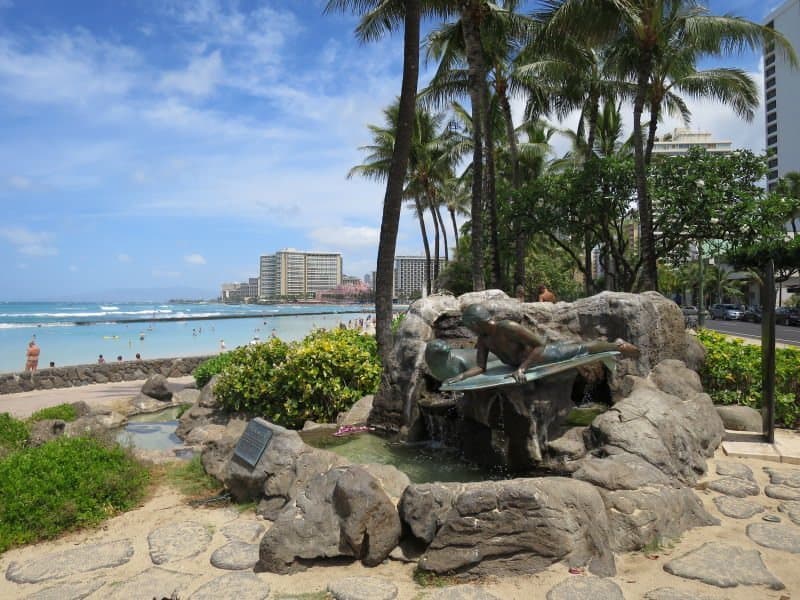