The Loire Valley in France is a true fairytale.  The Loire River starts in the deep south of France.  Just west of Valence, the natural springs near Mont Gerbier de Jonc give the river life before it flows north to Orleans, the capital of the Central Val de Loire.  This is the perfect place to start a journey through the Loire Valley.  As the river continues west, spilling out into the Atlantic Ocean in Nantes, it has flowed and ebbed across 1,020 kilometres of changing French countryside.

The area, central to France and very close to Paris attracted much of French royalty and nobility.  As such, the area became a cluster for the construction of some of the most beautiful castles in the world.  The Loire Valley, also known as one of the best wine regions in the world, has more châteaux here than you can ever imagine.  They will simply take your breath away.  With so many magnificent châteaux dotted along the Loire, it’s not an easy task to have a favourite.

Sometimes, one might wonder, in a sea of towers, moats and royal bedrooms, that they all become a blur.  Once upon a time, I might too have thought that.  Having now been fortunate enough to walk the halls of so many, I can attest to being able to remember each and every one.  It’s been almost seven years since I first set my eyes on the Château de Chambord and Château de Chenonceau, but they will be forever etched in my mind.  These two châteaux are two of the most beautiful châteaux in France and two of the most famous.  Thousands of people visit them every day during peak season.  They are totally worth it.

However, there are also some incredible châteaux that most people visiting the area would never have heard of.  That’s what happens in any area literally covered in the wealth and opulence from an era where narcissism and exhibitionism were so often displayed.

As part of our barge cruising in France aboard the Renaissance,  our days were filled with some wonderful activities.  As we cruised the Briare Canal we found ourselves in the good company of some Châteaux, many of which we’d never even heard of.  So does visiting a more unknown château make it any less amazing?

Let me show you what we found.

The first thing I learned is that these castles are not only a feature of long-forgotten noble people, who once ruled the land and their properties.  Once the place of grand hunting expeditions and notorious parties, many of them are now either closed, privately owned and not open to the public, or have been turned into museums.  Some have even fallen into disrepair.

Imagine then how exciting it was to find that some of these incredible structures are actually still lived in.  Owners, many of them carrying on from generations before them, living a simple life in a building that is anything but.

The Château de La Bussière, with reddish walls and slate roofing, sits on the edge of the Vernisson River, although from ground level, it quite resembles a lake.  This château, also known as Le Château des Pêcheurs or the Fisherman’s Castle has been continuously lived in for nine centuries.  In 1814, the Chasseval family acquired the former 12th-century fortress.  Their descendants, Laure and Bertrand Bommelaer now own and operate the château.

The Count and Countess of Chasseval opened the castle for public entry in 1962.  The Count had a serious fascination for fishing and loved living on the river where he could fish.  Inside the castle is an eclectic and often strange collection of fishing paraphernalia.  This is also the reason the castle became known as the Fisherman’s Castle.

Whilst we were visiting, the building was under scaffolding in some areas, and work was also going on inside.  It might sound truly romantic to live in a castle, but the upkeep and cost of maintaining such an enormous building would be eye-watering.  There are approximately ten rooms open to the public, with elegant displays, furniture and artefacts from various eras.  The wooden ceilings are quite special as well.

The kitchen, in the basement, would have been a hive of activity in its day.  The big AGA ovens would have helped warm the castle as well.

Upstairs, the bedrooms give insight into the life of the women, with one room entirely dedicated to the craft of sewing.

Outside, near the entrance, you’ll find a substantial garden, full of beautiful trees and flowers and an excellent vegetable garden, which serves both the family and the locals who use it as a market garden.  We took our time strolling through the garden, turning the water wheel attached to the ancient well and picking berries from the vines.

There’s plenty to choose from when the berries are in season, with 2.5 hectares dedicated to growing these luscious fruits.  Our chef on the barge had given us the challenge to find something from the garden to bring back for her to use.  Several zucchini flowers popped into my view, and later became the receptacle for a tasty goats cheese filling and served for hors-d’oeuvres.  The garden is still full of fruit trees, a nod to its former years as an orchard.

Château de La Bussière is located in La  Bussière which is a 2 hour 30 minutes drive from Paris.  It is 15 minutes from both Gien and Briare.

How do I get to Château de La Bussière?

If you are arriving by car, take highway A77 and the number 19 Gien exit.  There is parking available onsite.

Express trains from Gare de Bercy allow you to visit the château as a day trip from Paris.  The closest train station is Gare de Gien, 15 minutes away.

Château de La Bussière is only a small castle, run by a family.  As such, it is not open all year round and closes in winter.  For accurate opening times and ticket prices, always check their website.

This château is full of fun.  Proving that they are also always much bigger “behind the walls” than what you can see from the front, the castle is now the hub of pottery making and contemporary art in the local area.  The castle dating back to 1270 changed hands over and over until, in 1951, it was purchased by Jeanne and Norbert Pierlot.  Jeanne was a potter and it was here that the legacy of pottery at Ratilly began.  From 1960 onwards, the castle became a place of art exhibitions and classes.

The most unusual thing I’ve ever seen was the home for pigeons, created inside one of the towers.  It still smelled pretty bad so I can only imagine how dreadful it would have been when it was full of birds.

Today, it is also the home of concerts and other musical and artistic displays and exhibitions.  Jeanne’s love of pottery is now continued by one of her daughters Nathalie.  Nathalie’s work can be seen and purchased here, and if you are in luck, you’ll also see her hard at work in her studio.  Jeanne and Norbert’s four other children are also involved in the ongoing function of this beautiful castle and home.

Where is Château de Ratilly located?

Château de Ratilly is located in Treigny which is around a three-hour drive from Paris.

Château de Ratilly is open all year round. For accurate opening times and ticket prices, always check their website. 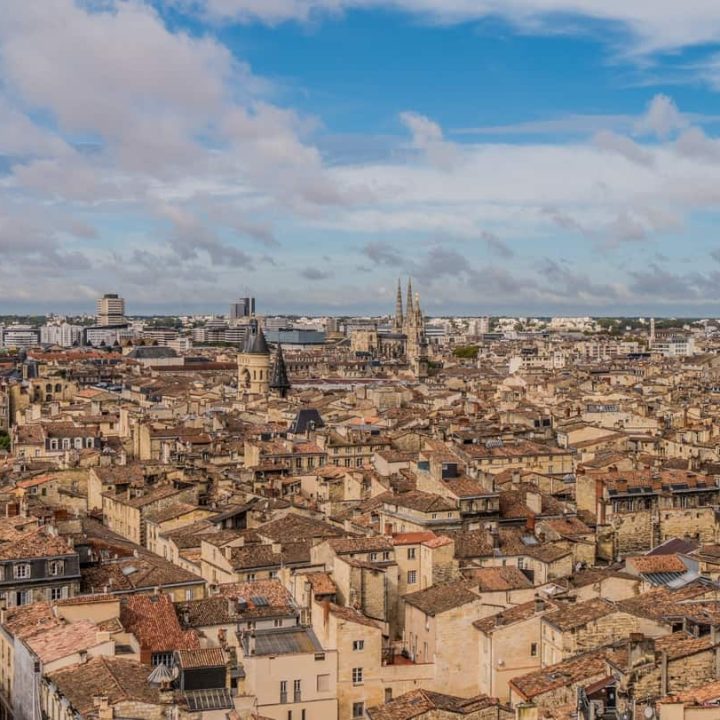 Visit Bordeaux - What to see in Bordeaux in 2 days

Bordeaux is a city that should not be missed and is worthy of a reasonable part of your itinerary. A cosmopolitan city, there's plenty going on, and it's also at the heart of the wine region too.

On the south-west coast of France lies a little known seaside resort called Cap Ferret. In fact, the entire Cap Ferret Peninsula is full of tiny villages. visit the Dune du Pilat nearby, the largest sand dune in Europe. A great day trip from Bordeaux. 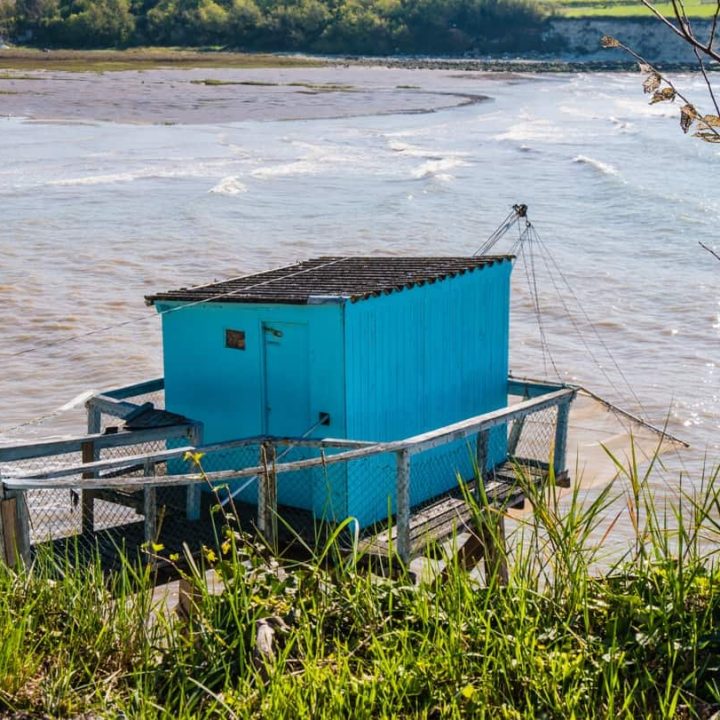 Not far from Bordeaux is one of France's prettiest villages. Talmont-sur-Gironde, an ancient fishing town on the west coast makes for a wonderful day trip from Bordeaux.