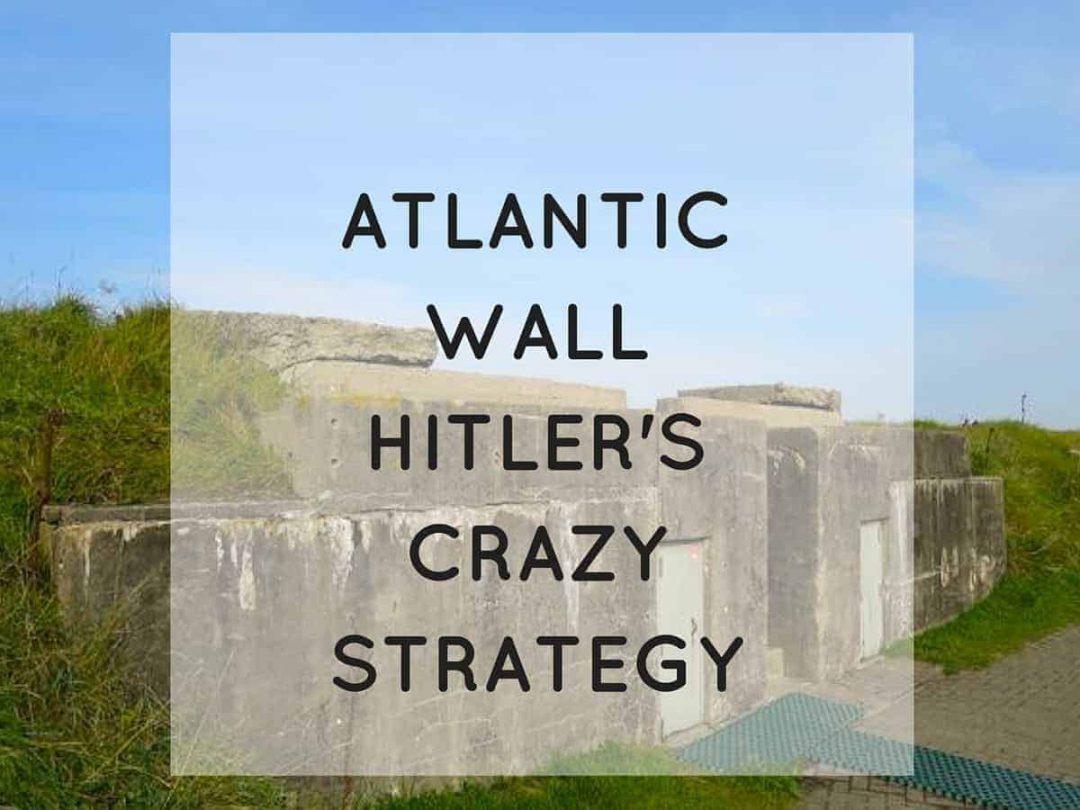 A machine gun was pointing in our direction.  Partially hidden by the sand dunes, but there was no mistake, it was definitely a gun.  Another couple of metres along the highway that leads out of Ostende, a cannon protrudes from a concrete bunker.

This is the Atlantic Wall (or Atlantikwall as it was known by the Germans) and we are driving right alongside it.

As World War II raged, Adolf Hitler believed that the Allies would try an attack from the ocean, across the English Channel.  And so, in his continuing quest for world domination, he ordered the construction of a series of structures and fortifications along the European coastline.

His plan was to fortify the entire Atlantic coastline from Norway to the Pyrenees, on the border of France and Spain. That’s a seriously large wall!  This wall comprised of guns, cannons, forts, trenches, observation bunkers and traps, all with the strategic goal of keeping the Allies out.

As I walk through the sand dunes and into the trenches, I can’t help but think of all the people who were forced to build such a fortification.  Or those that would spend their days underground in concrete observation bunkers, peering out towards the sea through tiny viewing windows.  Or those soldiers who called through to the gunners when an Allied plane was spotted coming towards the mainland.

If I close my eyes, I can hear the sound of the machine guns with their bullets hailing down onto the Germans.  And in return, the Germans loading up their own artillery and returning fire.

And if that doesn’t stir up your imagination, then the reproductions of the lives of the soldiers that lived and worked here,  certainly will.  From the bunks to the medical rooms, to the storerooms, where cases of bullets were kept, and gas masks stored, ever at the ready.  To the communications rooms, the officers’ mess, and all of the memorabilia on display.

Much of the entire wall has been demolished now.  The French, many of whom were drafted into working on this wall, were quick to eradicate most of it, following the end of the war.  It was too painful to have such reminders around.  Thankfully, however, it was realised that this wall was an important part of history that needed to be preserved.  The part of the Atlantic Wall near Ostende now stands as an important, but nonetheless a stark reminder of World War I and II.

So join me as I take you on a photo tour of two world wars.    It’s certainly not exhaustive as there are so many displays and artifacts that I simply can’t put them all in here.  Hopefully, this will give you a good snapshot of what a fantastic place this is to come to and learn more about the impact of the world wars on this area and its people.

A battery, in military terms, is an area where forts, guns, rockets, other artillery and their crews are grouped in order to facilitate better control.

The Aachen Battery is the only remaining coastal World War I battery which has been preserved well enough to offer a true insight into the events of the world wars.

The steel posts on the artillery platform below were used to keep the four-tonne guns in place.  The ammunition was stored below and hoisted up via cables to the guns.

Messages were passed from the operator of the long rangefinder to those below in the observation bunker via a tube.  Silhouette drawings in the bunker helped the Germans to identify their enemies aircraft.

Not satisfied with all the artillery they had, the Germans also made all manner of obstacles to embed in the sand or the ocean.  Wooden poles placed on an angle with land mines attached were set up to impact those arriving by water.  The gates were anti-tank mechanisms.  Dragon’s teeth, were concrete pyramids made to smash apart anything that hit them. And logs with saw tooth metal teeth on the top were placed underwater to inflict maximum damage to watercraft.

These anti aircraft guns were fast but didn’t have the capability to shoot long distances.  As a result, the bombers just flew higher to keep out of range.  They were used when Allied bombers attacked the nearby airport or when they were heading home after a raid on German soil.

German soldiers used the planning room for  planning the design and construction of bunkers, forts and other buildings.

With over 60 different types of bunkers, observation posts, artillery, displays, views, and 2km of open or underground trenches, corridors and paths, this is one of the most interesting, interactive and well preserved historical destinations I’ve ever seen. 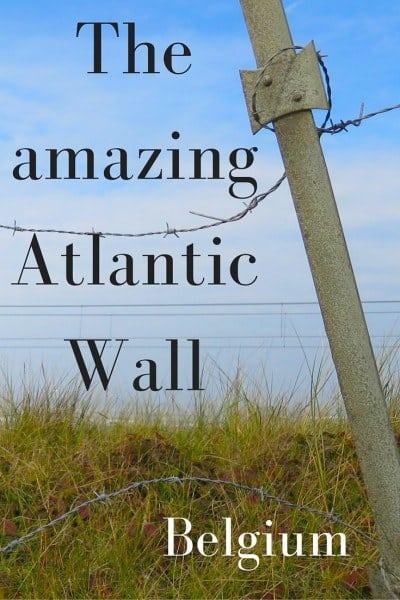