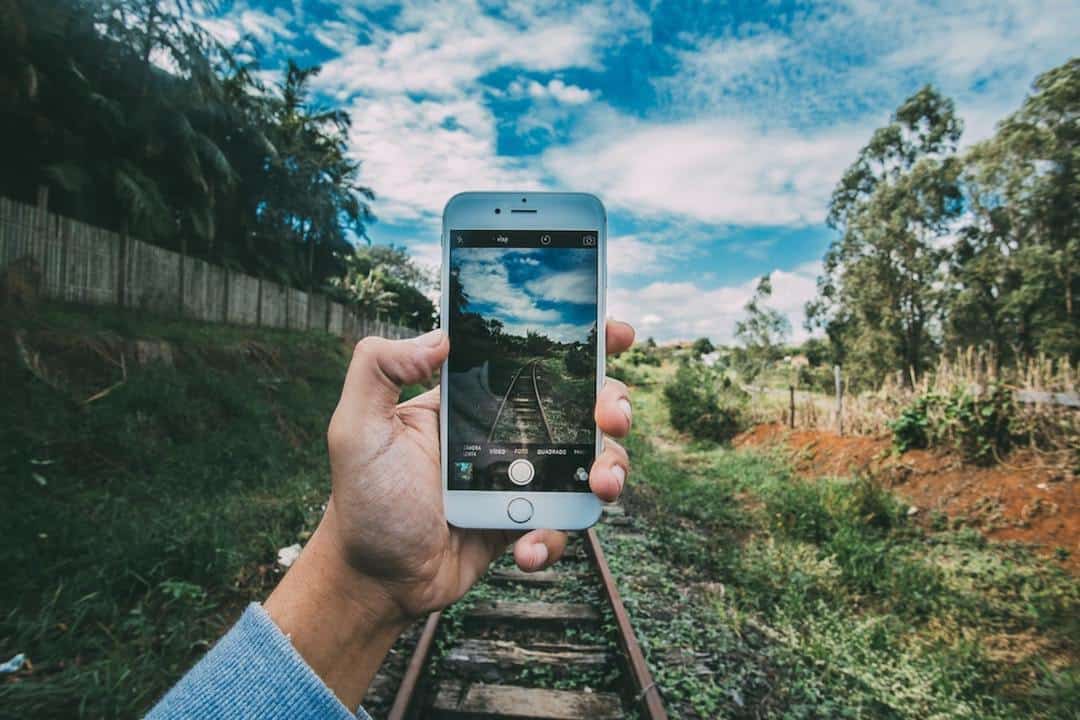 Buying a sim card in India

When it comes to buying a sim card in India, patience is a true virtue to have.  Nothing is easy in India.  To avoid frustration, you must invoke your strongest skills of patience.  Time often seems to be of little concern.  Things that I could do in five minutes seem to take others much longer.  It’s a strange contrast to being in the street or a metro, where quite the opposite happens.

When I went looking around the internet for information on local sim cards in India prior to travelling there, the information that was available was piece-meal or very dated.  Or, it was confusing. Having recently been through this process,  I know this quick article will be very helpful to those who are wanting to know how to buy a sim card in India.

Get an Indian sim card on arrival

For travel in India, I highly recommend getting a local sim card on arrival, that way you have the ability to be able to make phone calls especially from the moment you arrive.  Despite the incredibly annoying and bureaucratic process to actually purchase one, for a few dollars you can have call and data access to cover the term of your travel.

I was recently in India to travel on the Golden Chariot, the only luxury train in south India.   Some initial research had alerted me to the fact that wifi was only available on this train in the bar.  I had also heard some reports that connectivity could be a little on the poor side.

With this in mind, and knowing how much I require access to data, I knew I would need to buy a local sim card in India.  I also wanted to have access to a phone to make calls, should I need to in an emergency. That should be easy right?

Buying a local sim card means you can avoid global roaming charges.  They are usually simple to buy and you can usually get some great rates.  I have in the past not found this necessary as I’ve always used a Travelsim, purchased in Australia for use in overseas lands.  But, my increasing need for data, and lots of it, whilst travelling means I need to look for the cheapest options.  Using a travel wifi hotspot like I had in Europe wouldn’t work here either.

If there’s one thing that’s true about India, it’s that most things are very, very cheap.  Sim cards in India are no exception.  They are very cheap to buy and for the price, the inclusions are excellent.

It’s hard to buy Indian sim cards at the airports

I arrived at Kempegowda International Airport in Bengaluru.  Whilst most international airports sell sim cards, they didn’t in Bengaluru.  Even though it’s India’s third busiest airport, the arrivals area once you pass through Immigration, baggage etc is surprisingly small.  It’s hard enough to find an ATM that works!  That’s another story entirely.

There is an Airtel kiosk at the Indira Gandhi International Airport in Delhi, but I have heard numerous complaints about the sim cards purchased here not being activated for quite some time, if at all.

A few of my fellow travellers had arrived to the same fate so the next day we had our tour organisers assist us by taking us to a telecommunications shop to get our sim cards.  Leaving the others on the bus, the tour leader of the day called out “we’ll be back in 15 minutes”.  Some two hours later, we had our Indian sim cards.  Not exactly the most efficient process, but this is India, and everything is tied up in paperwork and process.  You can’t fight it, you just need to be prepared for it.  Don’t go along expecting to do it all in five minutes as I did recently in Thailand.

Documents required for buying a sim card in India

To save you time, hassles and frustration, if you follow this process, you are more likely to have no issues.  My caveat once again, however, is that this is India, so you should always expect that things may not go smoothly.  I also recommend that you buy your Indian sim card from an official store of the carrier.  It just adds to the legitimacy and the processes are more likely to be standard.

First and most importantly, you need a phone that is unlocked.  Failure to have it unlocked will mean you cannot use an Indian sim card (or any other sim card).

Note: Some people from the US operate with phones that do not have sims.  These will not work with a local sim card anywhere in there world.  If this is the case, you will need to purchase an additional unlocked phone to use when you travel.

There are many things that you can (and should) do before you arrive in India to make the process easier.

Take photocopies of the necessary documents with you.  These include:

Yes, these are all needed just to get a pre-paid sim card in India!  You will also need to have your physical passport with you and they will look for the visa in your passport as well.

There is a lengthy form to complete, in my instance, the person at the Airtel shop did it on my behalf.  This appears to be normal practice, although it would have been simpler and faster if I could have completed myself, given the language barrier at times.

The passport photo is required for the form, and once it was stuck to the paper, I was required to sign my name across the photo.  There are a number of identification validation processes carried out here.

I needed to record my address at home (and show proof) and for some reason that I still don’t understand, had to note my father’s name.

You will also need to provide the address of where you are staying in India and a contact name.  We used our tour leader’s name and details, but you could simply use your place of accommodation.

Note:  Whilst this sounds like a lot of effort (and it is!), don’t look for a short cut option.  If you go anywhere and they don’t ask you for all of this detail, it’s likely you are about to be scammed.  These rules exist to reduce the opportunity for fraud and laundering, amongst other criminal activities.  The issue of sim cards is highly regulated.  If you don’t go through this process, the sim card you are given will not work and you will have wasted your time and money.

Which provider should you use for an Indian sim card?

Ask this question broadly and you will not get a unanimous answer.  Connectivity and the level of service will vary greatly depending on the area in which you are travelling and to a lesser extent, sometimes the provider.

There are many providers of sim cards in India, with Reliance JIO, Vodafone and Airtel being the main brands.  All have varying levels of pros and cons.  My sim card was from Airtel, touted as having the best and most steady of all the coverage in the country.

Which plan should you get for your Indian sim card?

Prepaid plans are simple.  Work out how much call time, texts and data you require and find a plan that suits.  As data was my main priority, this was my focus.  For 250 rupees, (about AUD$4.50),  I got 28 days of connectivity covering unlimited calls and 1GB of data per day. A similar plan purchased by a friend of mine during the same trip cost 1100 rupees at the Delhi airport.  Cash is best to pay for plans of low value.

Once all the paperwork has been done, an Indian sim card will be provided to you.  Make sure you know what type of sim card your phone takes.  (standard, micro or nano)  To be sure, it’s probably easiest to have your phone with you so it can be inserted straight away.

Tip:  Always carry the Apple sim card opener (pictured below) so that you can change your sim cards when you need to, especially when you change countries or get back home.  I always do this when I get on the plane, so that I know my phone will work as soon as I get home and I don’t have to worry about it at the airport. 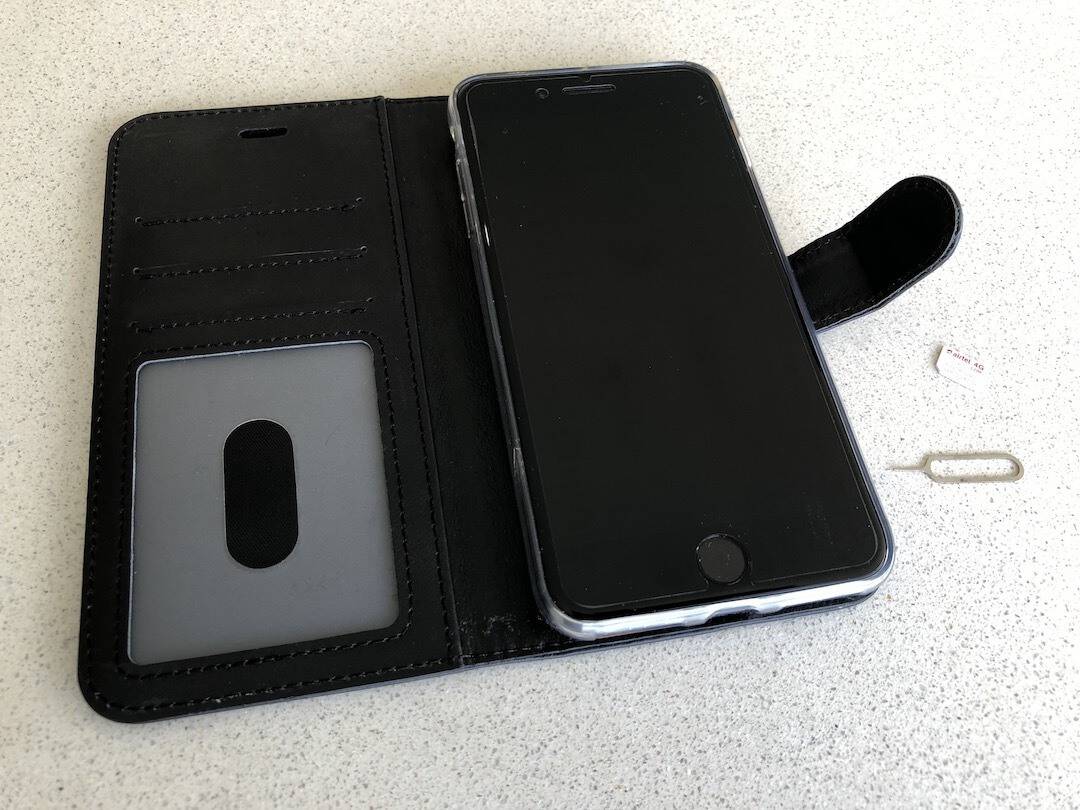 The Indian sim card needs to be activated by the provider on their network.  This can take anything from a few hours up to 48 hours, judging by what happened to many of the people I was with.  To complete the activation process, the owner of the sim calls a number and answers several questions via a series of prompts, including using an access code that is part of your passport number.  This process usually requires the phone to be turned on and off several times.  This will all be explained to you at the time of purchase.

Tip: Do not ever expect the sim to be activated as soon as you buy it.  It really will take some time to have it work.

I travelled throughout the south and north of India during a three week period.  The coverage in the south was less consistent than in the north.  It was rare in the north for me to not have any service, and most times it operated on 4G.  In the south, when it was working, it was more often 3G than 4G.  Quite often, I had no service at all.  This was not an issue with the sim card, just a lack of telecommunications infrastructure in certain areas.

What do you do with your Indian sim card when you leave?

The Indian sim card is attached to you via all the paperwork you completed, including important identification details like your passport number.  If you are planning on returning to India, by all means, keep your sim card.  It may be recharged on your return to the country.  If not, the best option is to destroy it so that it cannot be used anywhere again.

Also, make sure you have travel insurance if your devices are worth a lot of money.  Despite taking the security of ourselves and our belongings very seriously, Stirling was still pickpocketed in the Indian metro and had his brand new iPhone stolen.