Skip to content
Home > Destinations > Things to do in Colchester, UK – an easy day trip from London

Things to do in Colchester UK

One of the great things about being in London is that you are never far away from a gorgeous English country location.  With a country the size of England, so much is already within your reach.  Add to that a (generally) efficient train and bus network and you’ve got access to an almost never-ending number of destinations.  You don’t always need to hire a car, with many cities located within easy reach for a day trip.

Colchester, a town with a very interesting history made for a great day trip out of London.   From London, it was an easy one hour train ride from Liverpool Train Station.

See my tips at the bottom of this article for catching the train.

Colchester is said to be the oldest town in England, with records indicating that life started here over 2,000 years ago.  Known previously as Camulodunum, Colchester was inhabited by the Celtics pre 43AD.  In 43AD, the Romans invaded the town, turning it into the most important Roman location in England.  In 61AD, the Celtics returned to the town to take revenge on the Romans, burning the entire place to the ground.

Colchester looks like an old town today, so I can only imagine how old it would have looked now if the original buildings had survived.

Rebuilding started a few years later from the period 65AD to around 80AD.  During this time, the town was fortified with a wall, built to surround the entire town and prevent it from future invasions.  Some of this wall is evident today.

Later, in 1076, the Normans now ruled the town and started the building of Colchester Castle, a building that has pride of place in Colchester today.  Through the years, through more invasions and conflicts and even earthquakes, Colchester survived, albeit a little worn out and battered.  Today, Colchester is a quaint English town, that has taken pride in the fabric of its history, preserving it, promoting it, and building a modern community around it.

Read about 21 of the prettiest Cotswolds villages and towns

We’ve got a thing for castles and nowhere does them better than the UK and Europe.  Offering different architectural styles and always such amazing history and stories that go with them.

Colchester Castle, located just behind the main street is open to the public and is a terrific example of making history fun.  I love the learning that goes with visiting ‘old stuff’ but I generally don’t like static displays and exhibitions.  I love the real stories that go with the history!

At Colchester Castle, that’s exactly what you get.  The curator has developed an excellent balance between exhibiting the artefacts, telling the stories, and integrating the user with it all.

Here, you will actually find displays with signage saying “Please touch”!  We are all encouraged to pick things up, to feel them, and imagine what life might have been like way back then.

The collections inside are the result of centuries of excavation and archaeological digs.  Here you will find old tombstones, possessions that were buried with their owners, giving insight into the lives they led, and housewares.

There is also jewellery that has been found, glass, bones and beautiful mosaics that were found in the temples and in the houses of the area.

There are dress-up areas for kids (and big kids) to try on armour and use shields.  There’s a giant tee-pee like structure imitating the type of housing that was used during a particular period.

There’s audio as well, with stories being told to bring you along for the ride.  It’s fascinating and so well done.  Being inside the castle isn’t bad either, giving you a sense of how they lived and the reasons why the castle was built like it was.

The Normans commenced building it, on the foundations of an old Roman temple, in 1076.  The Temple of Claudius, was the most important building in all of Roman England.  Whilst two story now, it was thought to originally have only been one story.

Evidence can be seen inside the castle of the spaces in the walls, possibly used at the top of the first story for placement of guns and cannons.  you can see this in the image below.

The castle avoided being demolished by a private owner in the 17th century and passed through more private ownership until it became a museum in 1860.

Outside, the gardens surrounding the castle are simply beautiful.  There’s nothing quite like a summertime English garden.  This one was very special with the displays as you can see in the image below.

For up to date opening times and admission prices, go to the Colchester Castle website.

The historical buildings of Colchester

Colchester is a town made for walking.  It’s so full of detail that you need to keep your eyes peeled!  Look up for interesting rooflines, look for plaques in the streets and on buildings, noting key features about an area or a house.  Even look within the walls for special indicators of a building’s past.

Colchester is a hotch-potch of building styles, with the wood-faced Tudor style prominent, along with grand red brick buildings and towers and Georgian architecture also present.

Don’t miss the Dutch quarter, a short walk back off the main street.  Colchester became the home to many Dutch people who fled religious persecution.  Here they became instrumental in the cloth industry, working as weavers.  Their wooden, Tudor style houses still exist in the back streets.

Once you get off the main streets, the small laneways take over.  Shopping in Colchester is ably assisted with an unusually high number of second-hand and charity shops, furniture and antique shops.

Have an English cream tea

The Small Talk Tearooms offers a cosy spot off the lanes, eclectically decorated like something you’d expect to find at your Grandmothers.  They have a large range of loose leaf teas, all served in a teapot.  We had the date scones with clotted cream, always a treat.

Where to eat in Colchester

Colchester is all about the old English pubs.  With The George and the Red Lion on the main street, it was a toss-up between the two.  We settled on The George, although the Red Lion was a cooler looking building I have to say.

There’s nothing glamorous about the inside of this pub.  We chose to sit away from the public bar area in a smaller area down the back that is lighter and airier.  When in an English pub, it’s good to eat typical English fare, which is what we did.  Bangers and mash, with an exceptional red wine gravy and crispy onions.  The English know how to cook good bangers and mash.

Whilst it mightn’t look too appealing, Welsh Rarebit is one of my favourite English pub foods.  A little bit of melted cheese, Worcestershire sauce and mustard and I’m happy.

There are also lighter meals here, like the tuna, red onion and mayonnaise toasted sandwich below.  The ubiquitous English crisps are there also.

When to go to Colchester

Whilst not always possible when trying to fit multiple locations into your itinerary, I’d recommend visiting on a weekend.  This is when the main street comes alive with their local markets.  Fresh fruits and vegetables are always in great supply and there’s plenty of tasty treats on offer as well.

How to get to Colchester

Colchester is approximately 100 kilometres, north-north-east of London, in the county of Essex.  It is connected to London via the A12.  Driving (without traffic issues) can take 45 minutes, but remember, this is London, and this driving time shouldn’t be relied upon.  The M25 and A14 also connect it to other parts of England.

If you are based in London and planning on visiting Colchester for the day, my recommendation would be to catch the train from Liverpool Street Station.

Alternatively, you can catch a city bus that connects  Colchester Station to the town centre.  Walk out of the station, turn left and walk down a small hill and on the main road opposite are the bus stops.

Tip:  there are also Park-n-Ride buses that stop here that will take you into town but the bus fare will be more expensive.

Stansted Airport is the closest, approximately an hour away.  National Express bus services also run to Colchester from both Stanstead and London Victoria Coach Station.

Looking for great resources on day trips from London?  Click the images below for more information. 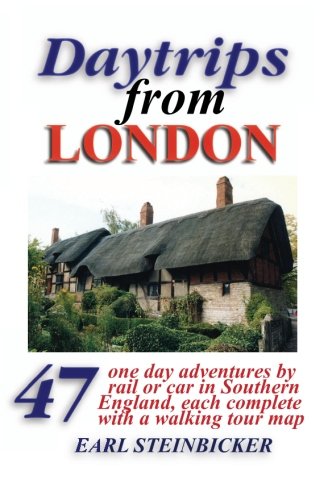 2 thoughts on “Things to do in Colchester, UK – an easy day trip from London”