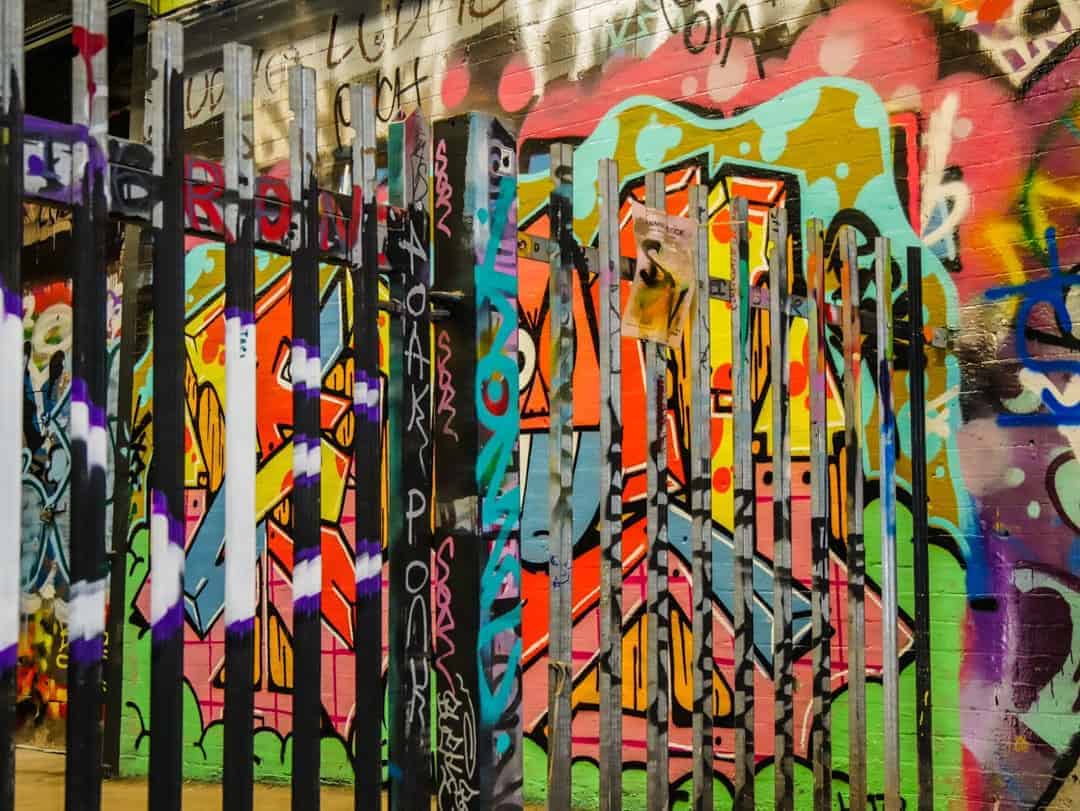 Street Art.  It’s not to everyone’s taste nor does it align with everyone’s value system.  Indeed, to many people it is not seen as art at all, but rather an activity that seeks to deface public property. It’s a well-worn argument between taxpayers, lovers of art, politicians and legal personnel, to name a few.

Different opinions aside, the concept of street art is growing at an exponential rate, in cities all across the world.  Tours are being designed around the best street art locations in each city.  Artists are being touted as inspirational, cutting edge and creative. Instagrammers use it as colourful backdrops for their galleries.  On the day we were here, a modelling shoot was underway.

Many local councils are actually using the popularity of street art in a fight against unwanted vandalism and graffiti of public property.  They are also helping to revive areas that have seen better days and bring a new group of visitors to explore new parts of cities they might otherwise have not known about.  Dedicated street art programmes set aside specific locations where artists can display their creativity for the viewing pleasure of those who come to watch and see. 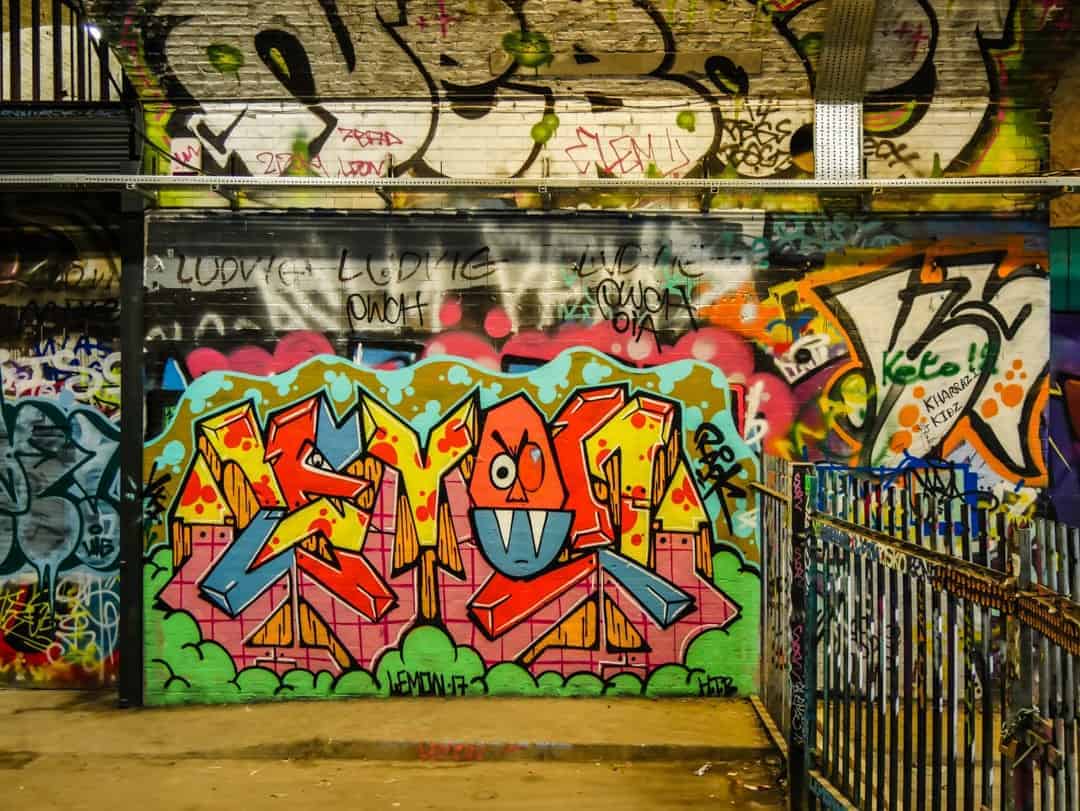 London – one of the best places to see street art

There are so many things to do in London, but its popularity as a great city for street art was assisted by artists like Banksy.   Banksy became famous as a graffiti artist come political activist, drawing his slogans all around London to increase awareness of his causes.  He’s an anonymous identity most likely because despite the insurgence of street art culture, graffiti is still a crime.

There are many locations in London where street art can be seen.  It can be seen in all forms, from the more structured and commissioned street art pieces to the rough and ready graffiti style murals emblazoning walls.  Street art and graffiti art tours are also conducted regularly.  You can read all about one of these tours here.

Whilst many of the best places in London to see street art are out in the open, some require a little more research. 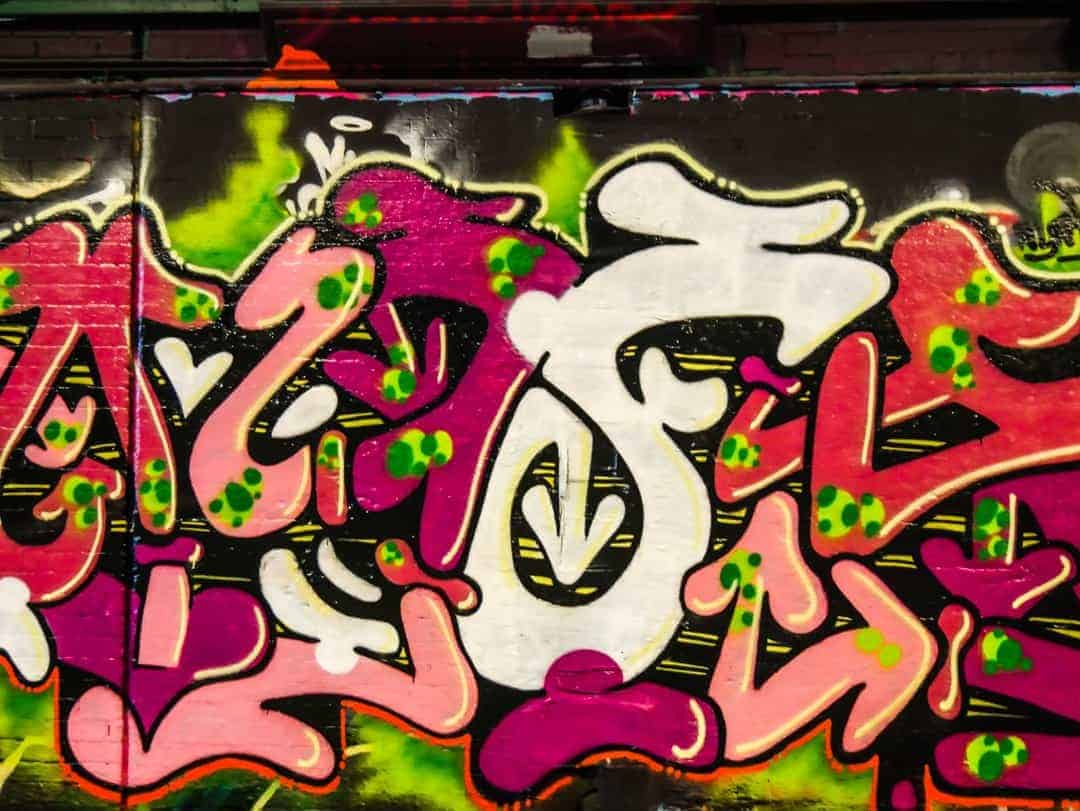 The Banksy Tunnel, or Leake St Tunnel as it is officially known, lies hidden underneath the Waterloo train station. In 2015-2016, 99.2 million passengers entered and exited from Waterloo.  Another 6.1 million people interchanged through the busiest train station in Great Britain.  As each passenger moves through in their usual hurried fashion, I wonder how many are aware of what lies below.

In 2008, Banksy held the “Cans Festival” here, as a means of celebrating graffiti as art.  Since then, the city has allowed it to become a legal place for graffiti artists.

Whilst there is no longer any remnant remaining of the artwork of Banksy himself, bright murals now dominate the otherwise dark walls of this tunnel.  There are the usual political messages, sometimes the odd swear word but there’s also a lot of fun.

On the occasion we were here, there was plenty of reference to the 80s and of times spent doing things outdoors, and not glued to the indoor devices of the modern world.

Explore the lost tunnels of London 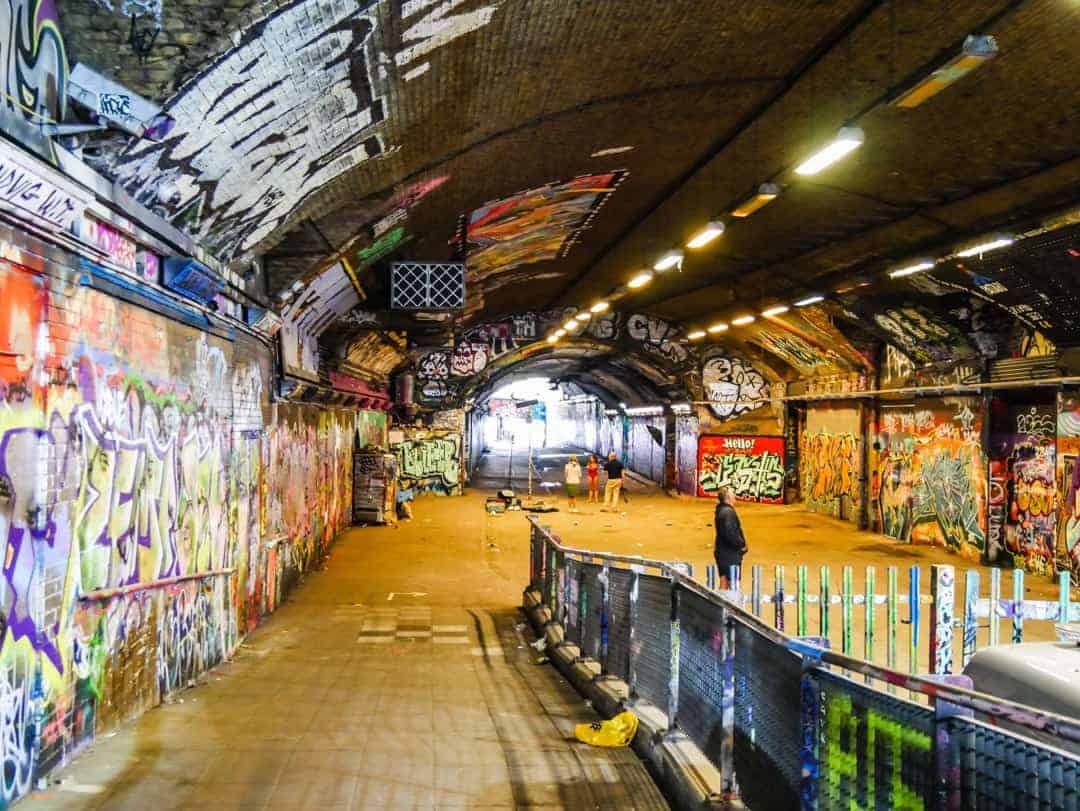 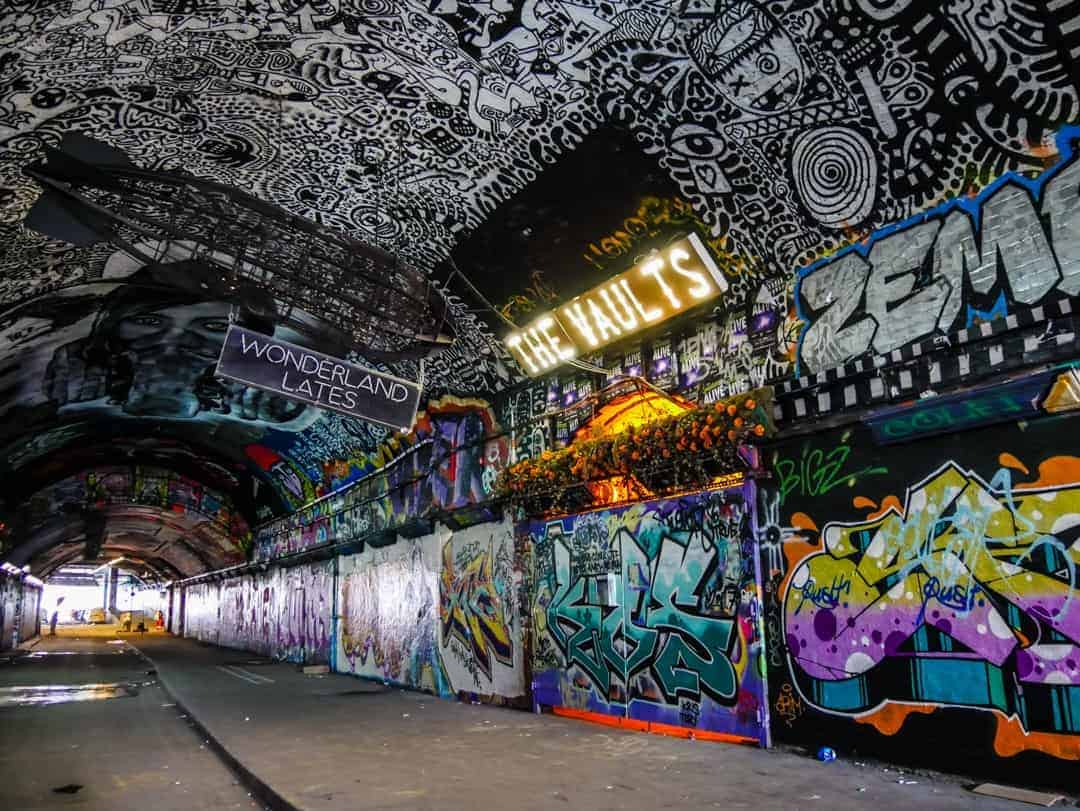 Murals here might last a day or two, maybe a week.  The layer upon layer of brightly coloured paint that adorn these brick walls do not become legacy items.  Such is the competition for legal space, the murals are painted over and over again on a regular basis. 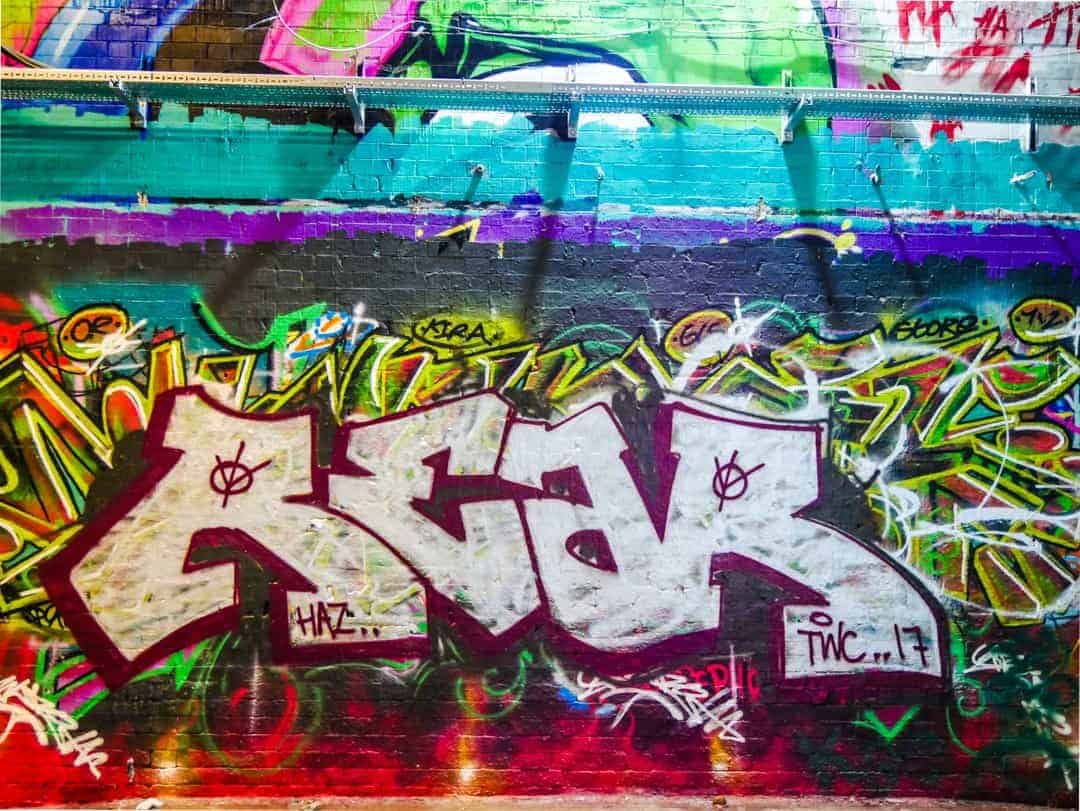 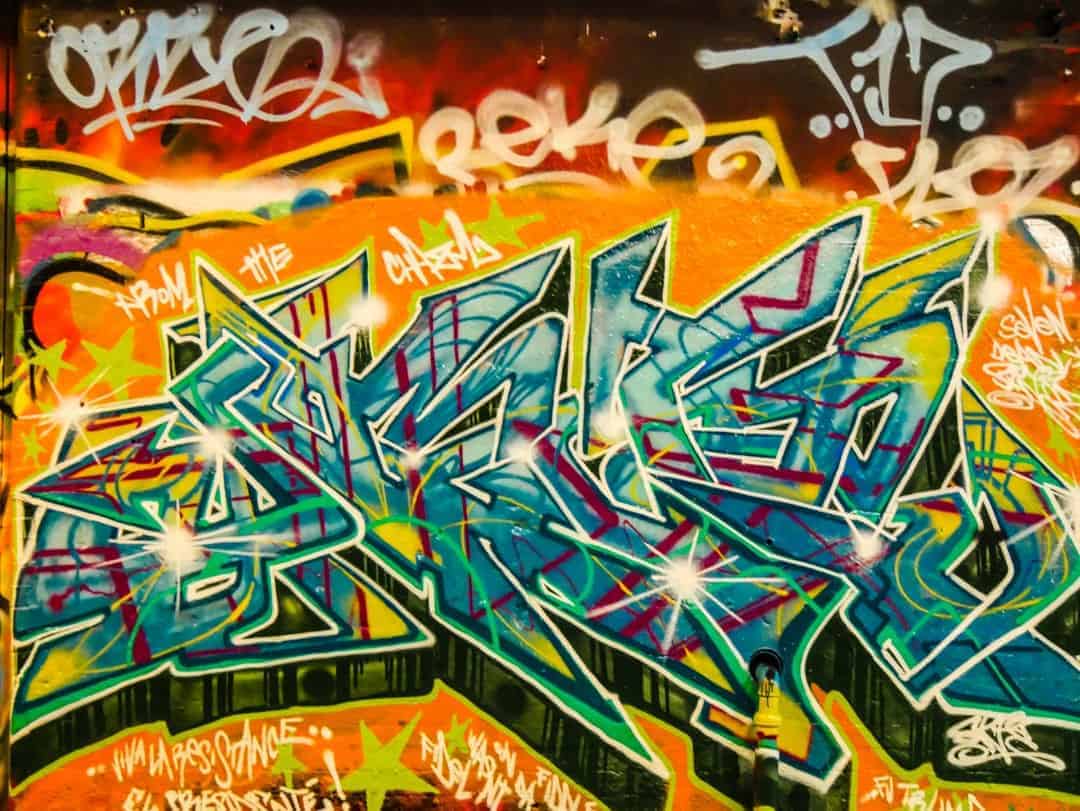 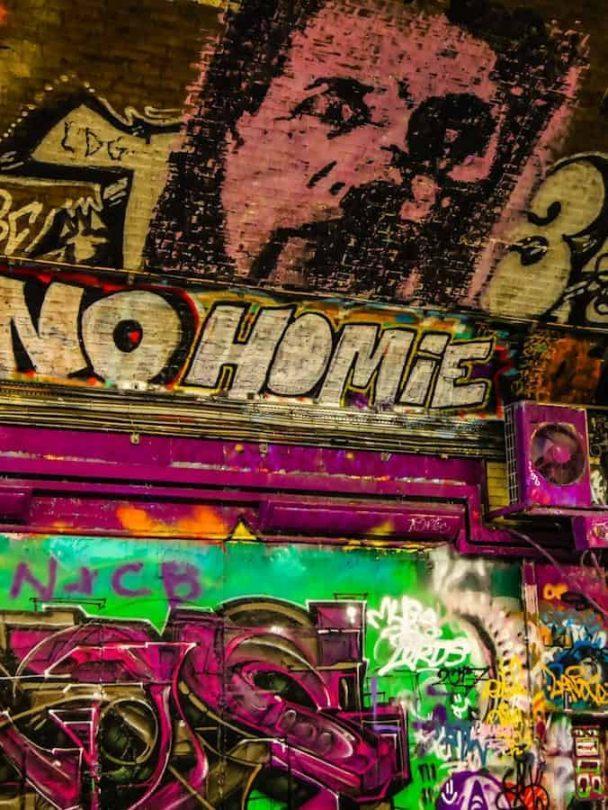 On any given day, you may come across people actively painting a new mural.  If you don’t you’ll most certainly see the evidence of their work, both on the walls and in the ‘work in progress’ spray cans. 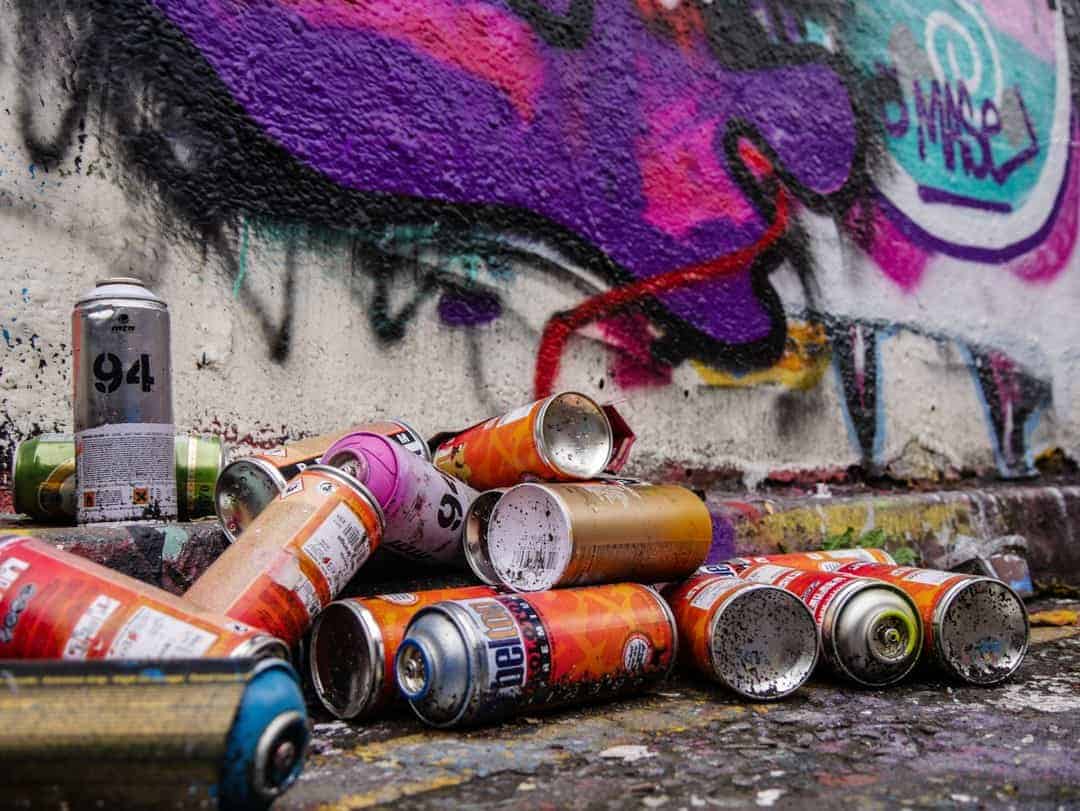 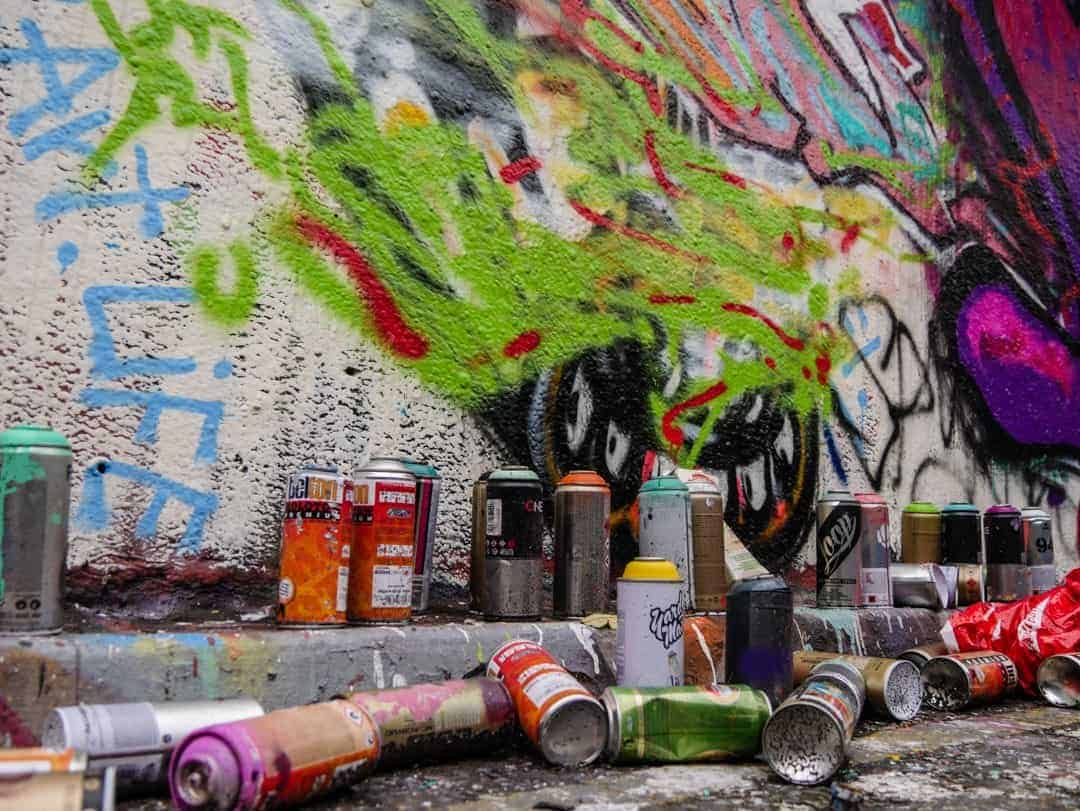 Doing a London graffiti tour?  Here’s how to find the Banksy Tunnel

Access into the tunnel is via York Street or Lower Marsh Road.  Both are easily accessible from Waterloo Station.  York St is the entrance we took, having walked along the river past Westminster. Many people come to visit the iconic sights of Westminster and the London Eye, having no idea that this is within easy walking distance.  The tunnel is always open but I wouldn’t recommend coming here at night.

If arriving from Waterloo, exit the station onto the corner of York Street and Mepham Street.  It is a large intersection with a construction site on one corner, a restaurant called Black and Blue, and a decorative rail bridge on the other side. Turn left into York Street and walk for approximately 3-4 minutes, depending on your walking speed.

If you are a first time visitor to London, keep your eyes on the right-hand side as the London Eye comes into view.

The Banksy (Leake St) Tunnel will be on your left.  It’s a nondescript entry point so keep your eyes peeled.  Better still, if you have a mapping app, put the Leake St address into it and it will take you straight there. 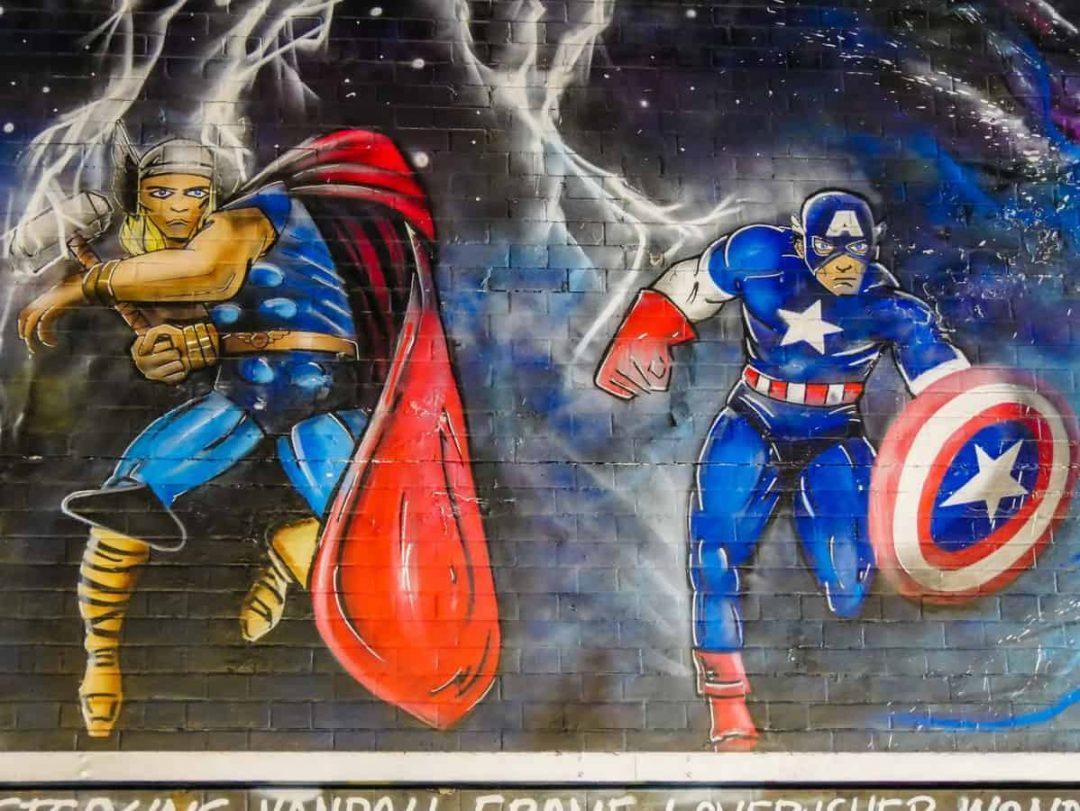 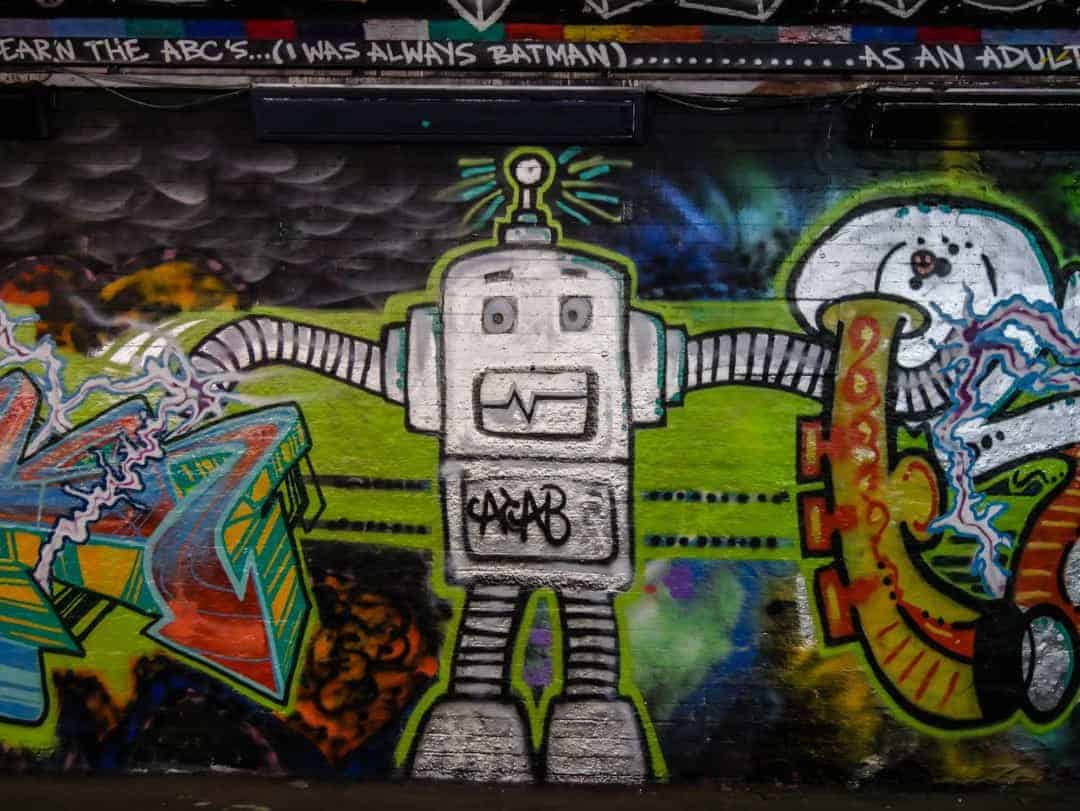 Tips for visiting the Banksy Tunnel 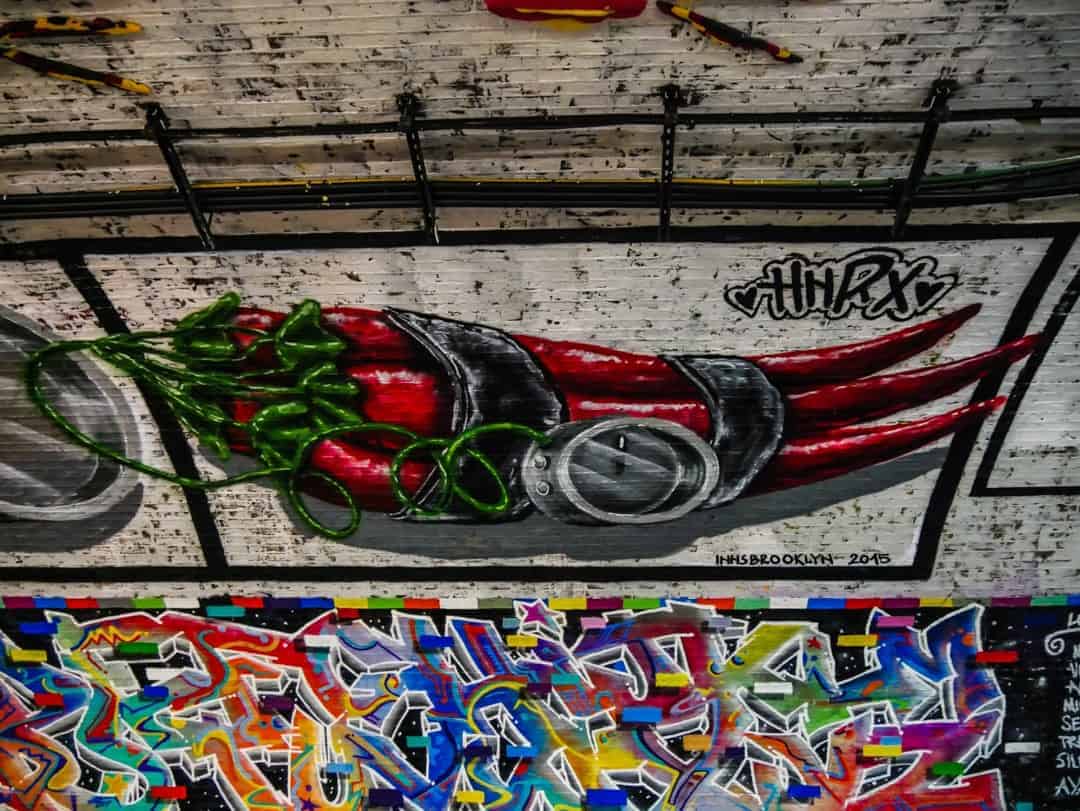