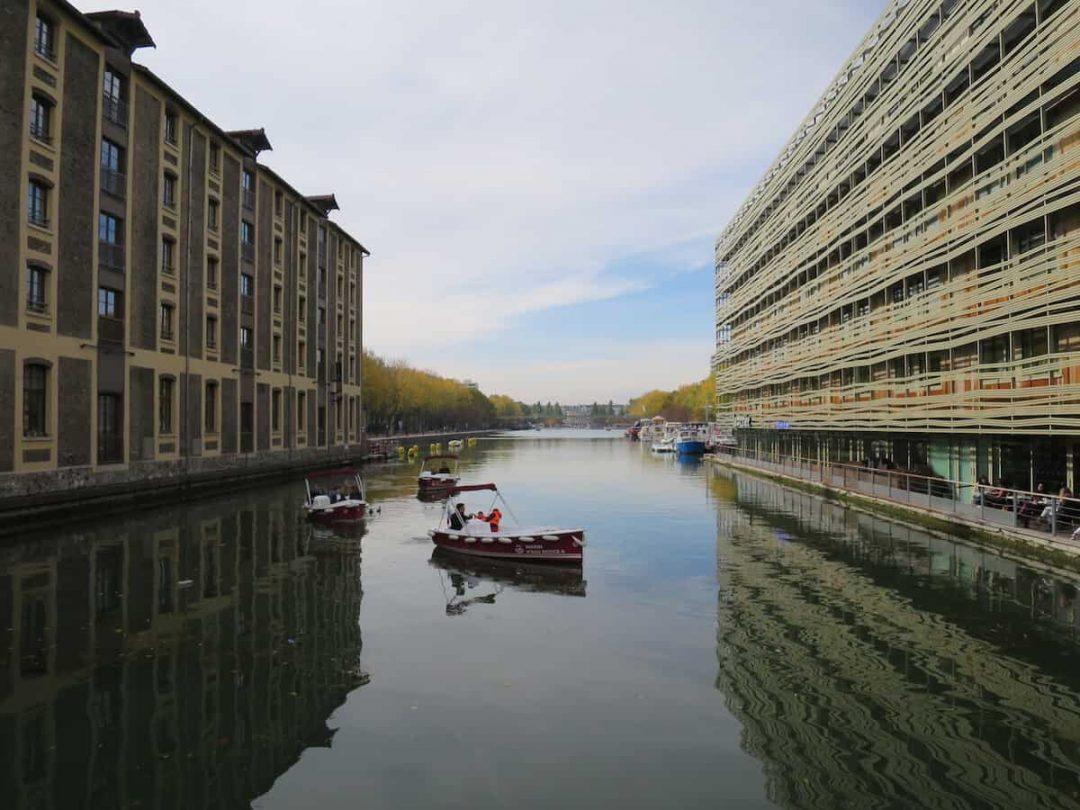 Paris is very special to me and I’ve been fortunate enough to be able to visit on many occasions.  And, whilst of course, I always love stomping back over some of our favourite territories, our familiarity with this great city now means that we can spread our wings a little further and get to know the real Paris.

As a child, my brother and I were always happy to explore areas we hadn’t been before.  Instead of hanging out at the local shopping centres with all the other kids, we’d jump on our bikes and go looking for something new.  More often than not, you could find us in a smelly old drain, catching tadpoles or small fish.  Or we’d visit businesses to have a chat or head into the grasslands, intent on carving out a new path that no-one had before us.

These were happy times in my childhood, and I think my adult version of this is to now go a little left of centre when we’ve got time to spare in big cities.

It is also a city where, as a first-timer, you must visit some of the most popular places in Paris.  But, as we are now one of those couples who are fortunate enough to have been many times, here are a few of the secret suburbs, and the more unusual places in Paris we’ve discovered.

We also love walking all over Paris.  Here’s a great article for a free walking tour of Paris.

If you’ve been around the Bastille before, you might recognise the Canal St-Martin.  It’s the small canal, running down to the Seine.  Noted for its beautiful footbridges and (in summer) its lush green trees, it is the perfect environment for walking and picnics.

It’s also where the barges and houseboats are moored. [This is where I gaze at the boats and make a mental note to travel the French locks via boat one day]

If you’ve been here before, you’ll know that this part of the canal isn’t exactly “off the beaten path” in Paris.  Quite right!

The secret is in the detail, and when it is discovered, it unveils an area of Paris that remains largely unknown to the masses.

With the canal being used extensively once upon a time for the transport of food and other goods, it was a lively port area.  But, during the 1960’s water traffic started to diminish and the plan was to cover the entire canal with roadways.  Luckily, this was not completely carried out.  Today, a part of the Canal St-Martin actually runs underneath the city from the Bastille through to Republic, where the water once again can be seen from above the ground.

From here, the canal feeds further north until it reaches Stalingrad, where a double lock separates the Canal St-Martin from the largest artificial lake in Paris, the Bassin de la Villette. 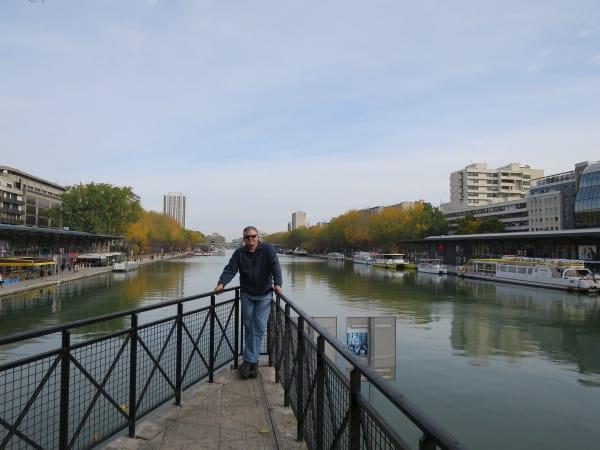 As one of the two ports situated on the Seine in Paris, the Bassin de la Villette area was once an industrialised area.  Warehouses, commercial buildings and even abbatoirs lined both sides of the water.

But, as mentioned above, when the waterways became less popular as a means of transportation, this whole area fell into disrepair.

As is often the case with run-down suburbs, this area eventually underwent a revival and today is one of the unsung areas of Paris. 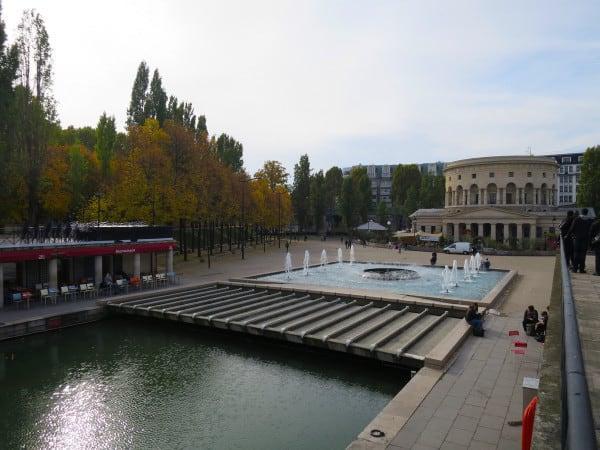 Place de Stalingrad in the background. This is the start of the Bassin de la Villette.

As a nod to its past, here you will find restaurants occupying the sheds, and even the barges,  that once housed local industry.  It’s a feature that makes this area seem a little more gritty and edgy.  Like it’s the naughty child of Paris. 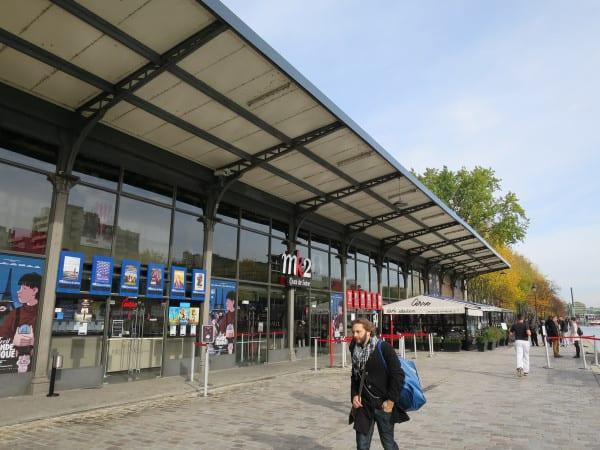 Old industrial sheds along the water have been converted into restaurants 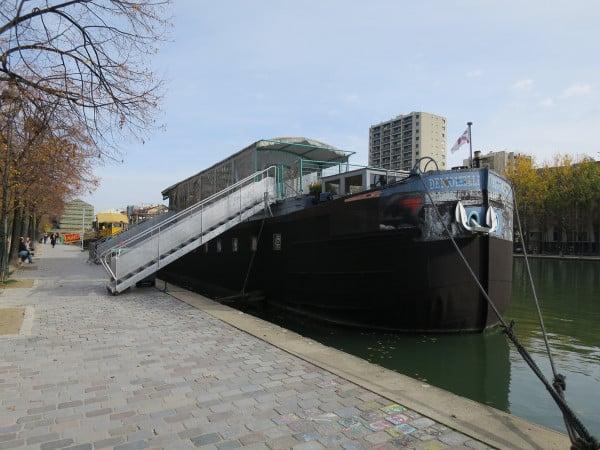 A converted barge – now a restaurant

Far enough away from the maddening pace of inner-city Paris, you’ll find people hanging out on the water’s edge, reading books, or cycling along the paths.  This is also an area for boating activity, with several businesses established along the banks to hire boats.  Kayakers head out for an early morning paddle as well. 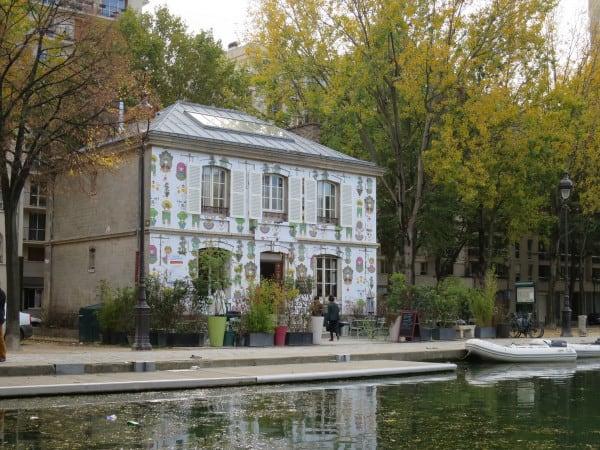 Love this painted building along the water. This is also where we saw kayakers putting their vessels into the water.

The lake has also become the home of some annual events, like the Paris Plage, where each summer, a part of the bank is turned into an artificial beach, complete with deck chairs and umbrellas. 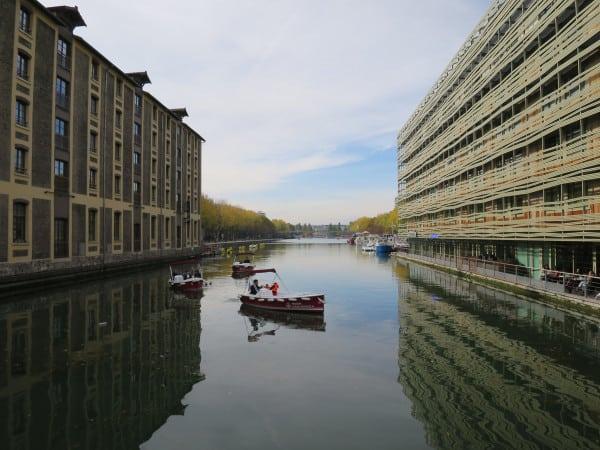 My favourite photo of the Bassin, looking back towards the direction of Paris city

With the sun out and all this wonderful activity on the water, we couldn’t resist the opportunity to have lunch and a beer on an outside deck at Paname Brewing Company. 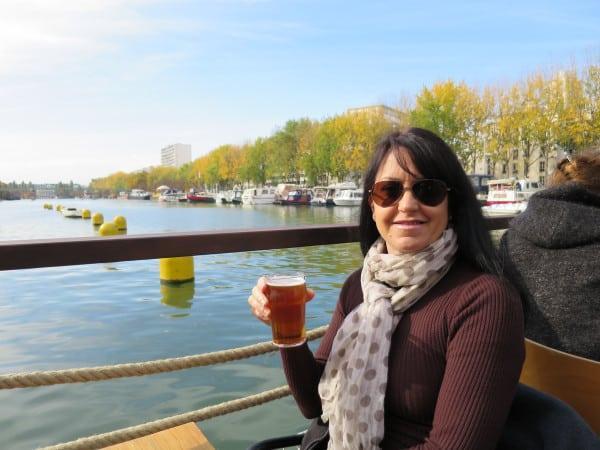 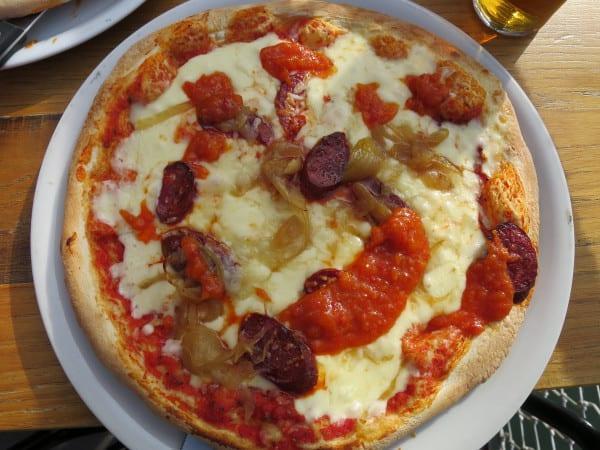 Tip:  This is an outer Paris suburb, so whilst it is all bright and shiny during the daylight hours, care should be taken in this area at night time, particularly around the Place de Stalingrad.

Not far from the Pompidou Centre, yes that’s right, in the centre of Paris, is a little-known street.  Rue Montorgueil is one of Paris’ oldest streets, which is one of the things I love about it.  At the end of the street is a large and very elaborate iron entryway, signalling that you are entering a special area. 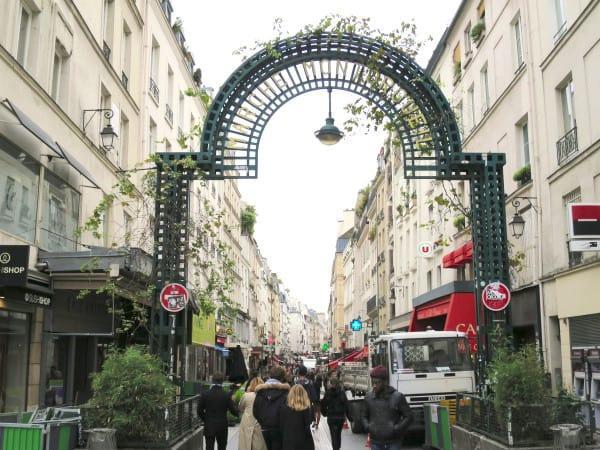 The entryway to Rue Montorgueil

Those drinking their morning coffees and picking the flakes off their croissants sit alongside the fishmonger who is competing at top voice with the fresh produce stalls, willing those passing by to stop and buy.  Fromageries, boucheries, boulangeries, patisseries and chocolatiers all blend in here. 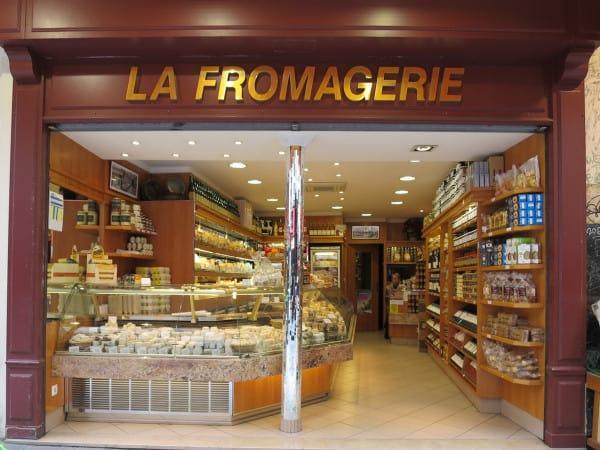 I love how the French has shops that just sell cheese. Would kill for one of these back home! 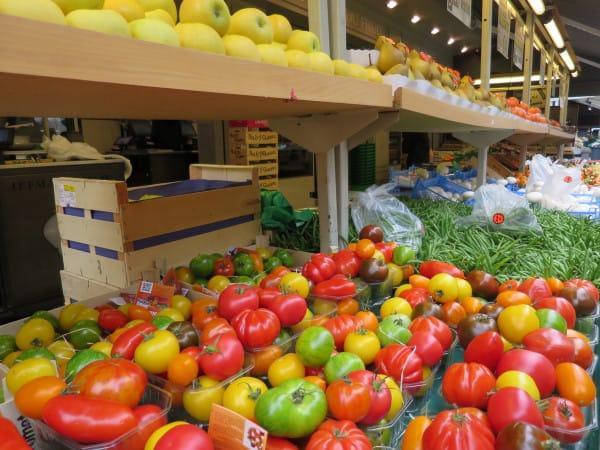 Beautiful fresh produce. Can you believe the colour of the tomatoes?

It’s an area that most tourists wouldn’t know about, and it’s a great place to visit for an authentic local neighbourhood experience, and to pick up some gorgeous food. 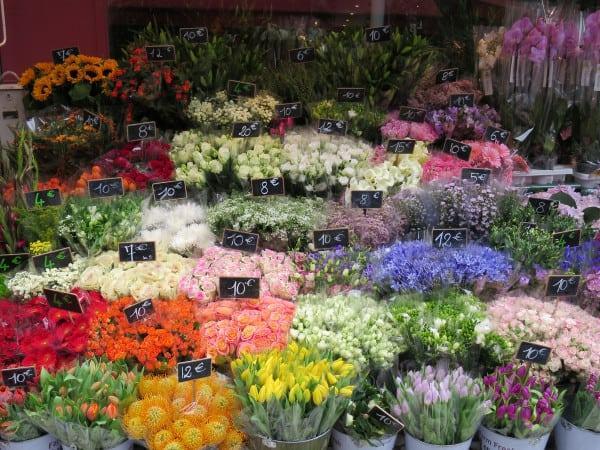 The flowers in Europe are always so vibrant ) and inexpensive!)

Boulevard de Strasbourg commences at Porte St Denis and runs down to Gare l’Est, another of Paris’ stunning railway stations. 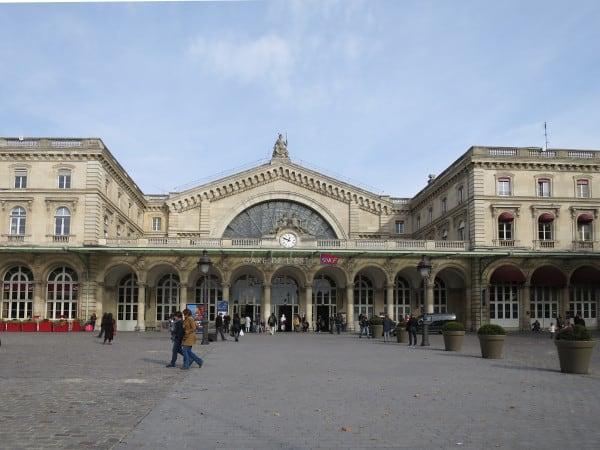 This area is not the fashionable area of Paris, and I imagine most visitors would not even consider coming here.  It’s true, it’s a dirty part of town, with many homeless mixing it in with working girls.  It’s a mixed ethnic area and it’s clearly an area of low-cost accommodation.

But I can see the winds of change here.  Walking down the boulevard offers up glimpses of what life will be like on this street in a few years (possibly).  I can almost picture this being like Rue Montorgueil and other streets just like it that have gone through a revival.

Most of the shops here are old, probably being run by the same family for generations.  But in amongst them are the new stores, bringing new styles and new products into this area.  Of course, with development comes an impact on the immediate area and those who reside here, which doesn’t always play out in a perfect way. 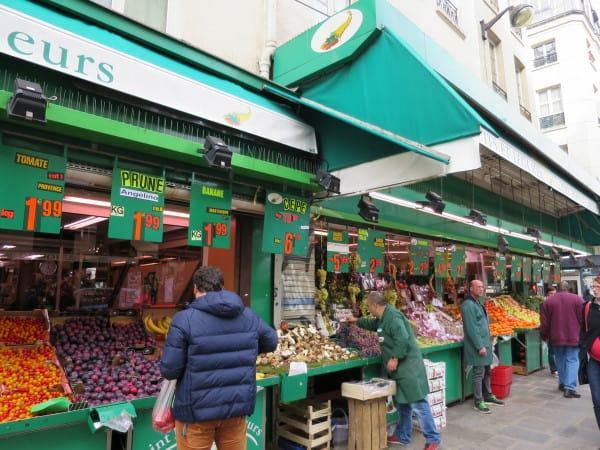 The shopkeepers along the street 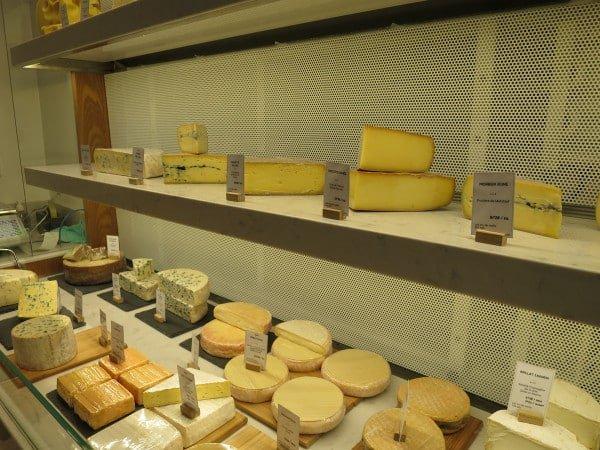 A new Fromagerie has opened up in this working class neighbourhood

For now, I’m content to walk in this busy street, where kids as young as eight are selling coat hangers to strangers, and others (probably their big brothers) are playing a violin just to earn a couple of extra euro.  I’m happy to stop and taste some cheese from a local shopkeeper, and smile at absolutely everyone that passes me by who looks at me strangely because they haven’t seen me around these parts before.

If any of you have visited the High Line in New York City, you’ll know what I’ve found here.  This is Paris’ own version of the High Line.  Perched above the streets in the 12th arrondissement is 4.7km of tree-lined walkways, taking over what was once a functioning railway line.

Best accessed from the western end at Bastille, it is a pedestrianised area that weaves in and out of residential buildings.  It provides an area for quiet reflection, somewhere to eat your lunch in peace and quiet, or to just take some time out. 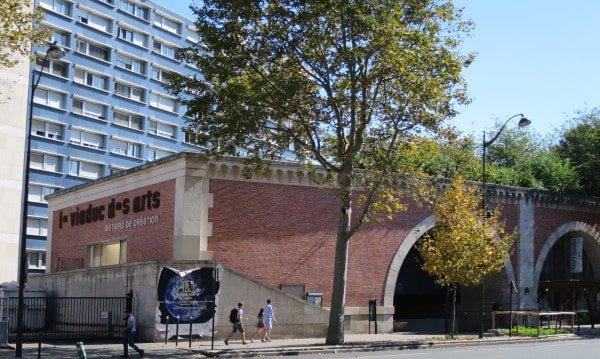 The entry point on the western end of the Promenade. Accessed by a set of stairs

Underneath the railway line are arts and crafts shops.  Offering unique, handmade items, they are beautiful to look at and very expensive to buy.

There are several parks that join onto the promenade.  Caution should be exercised around these areas at night. 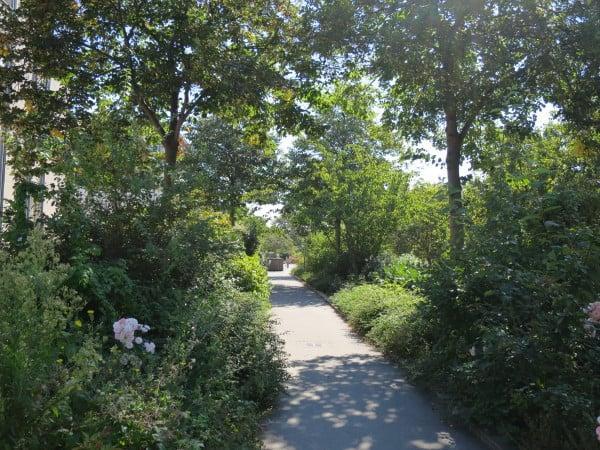 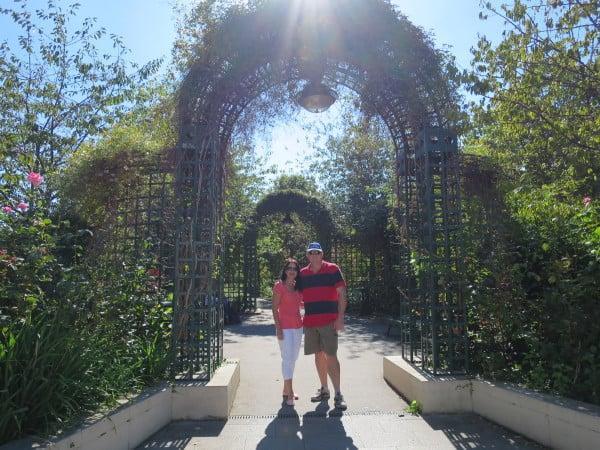 Arches like these are found everywhere along the Promenade

This area is REALLY off the usual places to visit list and I’m quite sure you won’t see this too often when you google “things to do in Paris”.  This is a working class ‘hood through and through.  And, because it’s all in the outskirts of this fine city, the beauty, simplicity and elegance of the Haussmannian buildings are definitely nowhere to be seen.

This is a tough area, with some really ugly concrete, high-density residential apartment blocks dominating the view.

So why are we out here?

Like so much of any big city, there are always quirky little places, hidden amongst the “normal”.

Place des Fêtes is living the good life.  Tucked away, almost sight unseen and away from prying eyes, is this gorgeous collection of villas (laneways), all coming off Rue de Mouzaïa. Along these villas sit small, two-story houses.

Whilst some could do with a little love, the majority of them are well kept, usually covered with ivy, and mostly all with their own colour-matched windows, gates and doors. 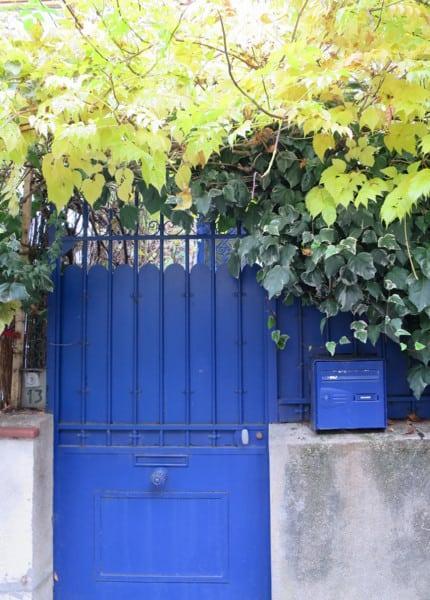 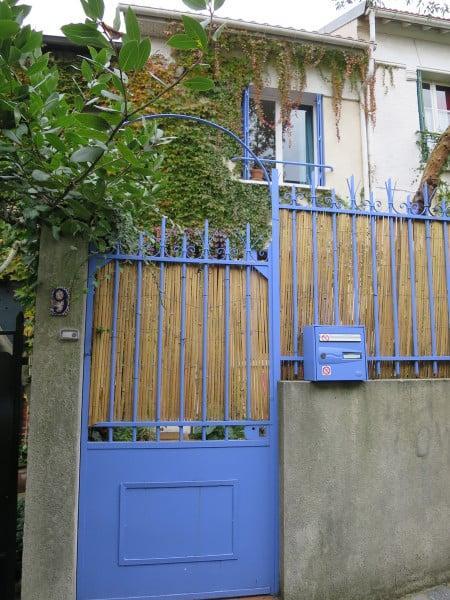 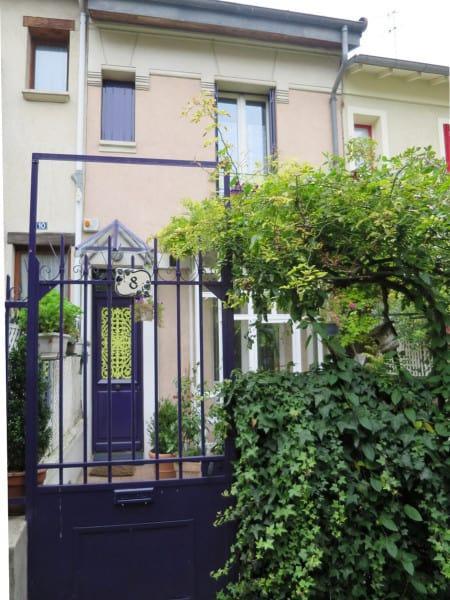 Out in the 19th arrondissement, an area which is quite often written off for safety reasons is the fifth largest park in Paris.  It was a little difficult to navigate when we were here due to parts of the park being closed for rejuvenation, but we were still able to make our way to the top.  It’s a steep walk in parts, but the view once you reach the top is well worth the effort.  For it is here that you get a great view over the Paris city. 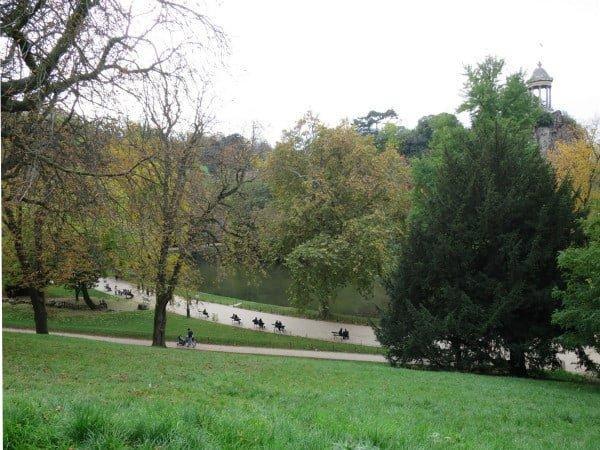 Looking down on people taking a break 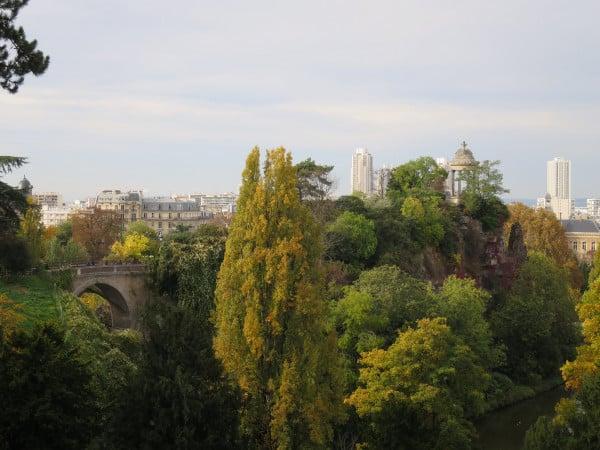 One of Paris’ oldest neighbourhoods, it was one of my favourite streets for markets, cafes and plenty of places to eat. 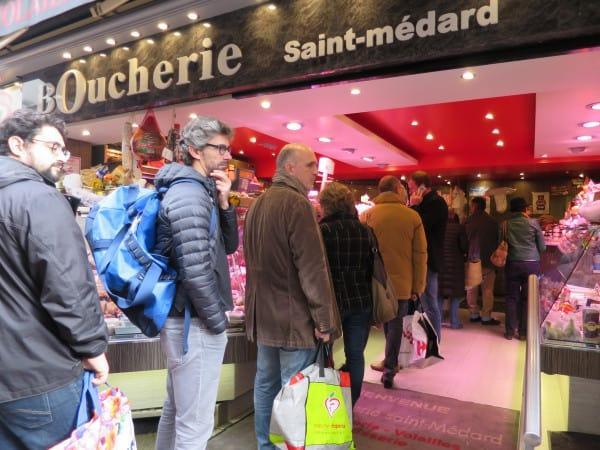 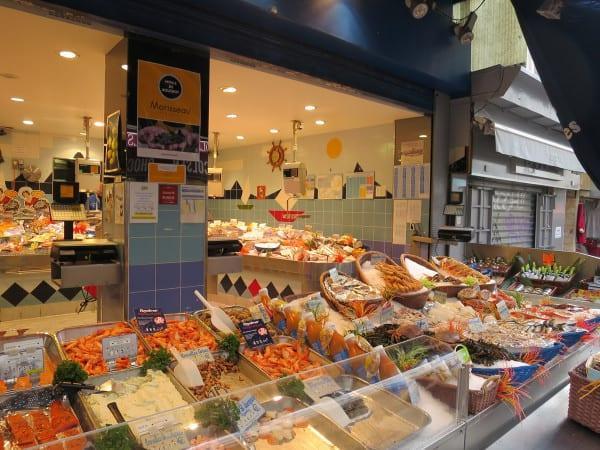 Always fresh seafood on sale in the French markets

So good I gave them their own page.  You can read about the Grand Boulevards here.

It’s quite a large list, and I have no doubt there is more to uncover.  But for now, this will give you some ideas for things to do in Paris, that you may not have otherwise realised were even there.  Happy exploring.

I find these places by simply catching a Metro to a station, hopping out, and walking around.  If you’ve found other hidden locations, I’ve love to hear from you so I can visit next time.